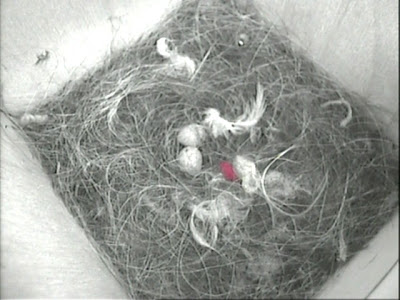 This morning I was unable to get up early to watch our Blue Tit female to see if she would lay again. She managed okay without my support and was kind enough to leave them uncovered for me to see – as the picture below shows.

Now, she is definitely trying to cover up her eggs – as you will see below. However I am concerned about the first egg buried a lot deeper in the nest – has she forgotten about it?

I am also concerned that the male has forgotten about attending to her – I have never seen them together recently. He was around yesterday though – perhaps the leaves and blossom on the trees are camouflaging them together. 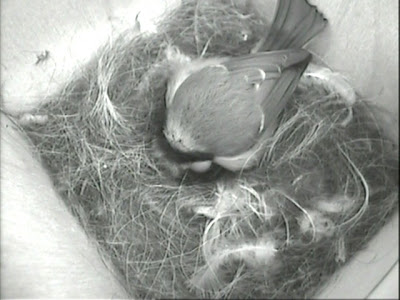 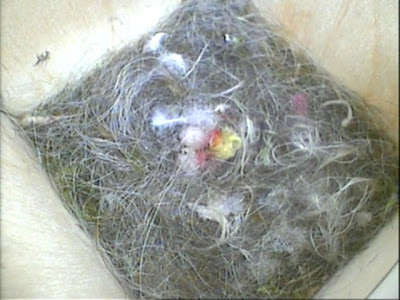 Changes in the appearance of the nest vary throughout the day. However yesterday the nest stayed pretty much the same with the egg uncovered. This morning she has visited a few times to cover the eggs so perhaps the cover-up is complete now. I will post other photos here if there are any significant changes.

More feathers, the photo above was taken at 12.25pm

Getting ready for the night – has she heard the male call to her? The picture below was taken at 7.43pm. 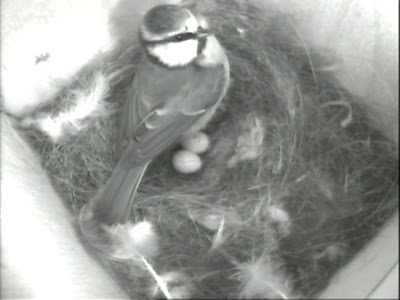 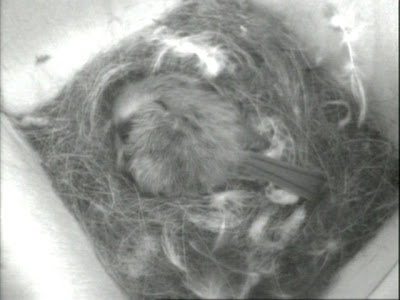 Getting to sleep, as we all know, when you are uncomfortable can take some time. The photograph above was taken at 8.34pm and as I publish this, 30 minutes later, I have seen her move around the cup of the nest a few times – poor thing. I can only assume that she has more eggs to lay and that is what is making her so uncomfortable! I think I’ll get up early to see her tomorrow – but perhaps she will have the morning off!