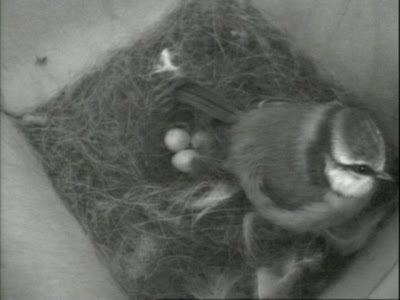 I did get up early this morning but by 5.38am when I looked in the nest I did wonder if I was too late. She was sitting quietly in the centre of the nest cup. Ten minutes later after tugging and pecking at the nesting material, and herself, she moved out a little and revealed another egg! We now have four eggs. She then left taking a feather with her! 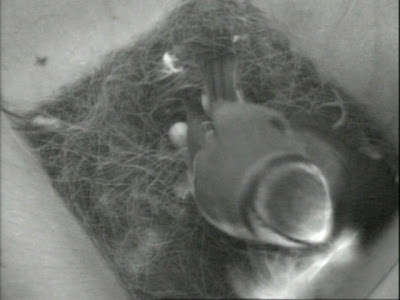 Still no sign of the male visiting the Nestbox – not that I have seen anyway. Interestingly enough I have just looked out my window and spotted a Coal Tit at the feeders with a sunflower heart. I haven’t seen one for a while. He wasn’t there long though as he was chased off by a Blue Tit. I wonder if it was our male – I couldn’t tell. Our Blue Tit pair have become very territorial and chase off the Great Tits that visit too. I assume they are saving the insects they will need to feed their young.