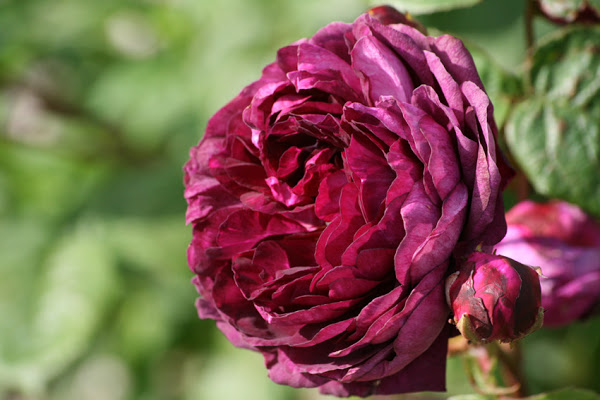 Cardinal de Richelieu,shown above, was the second rose I bought for my garden. Many years ago I picked up Swan Lake, a white scented climber, shortly after seeing the ballet with a friend. Sadly this rose was mis-labelled and I removed it after it flowered an odd orange colour!

Cardinal de Richelieu was picked purely on a whim with the promise of the striking deep flower colour. I could easily picture it with my grasses. It was thorn-less and scented too – it just had to be a winner!

This rose didn’t disappoint with profusions of beautiful flowering scented flowers which looked fantastic with the evening sun gently lighting through its petals. Without a doubt I would recommend this rose. It flowered during June and July. 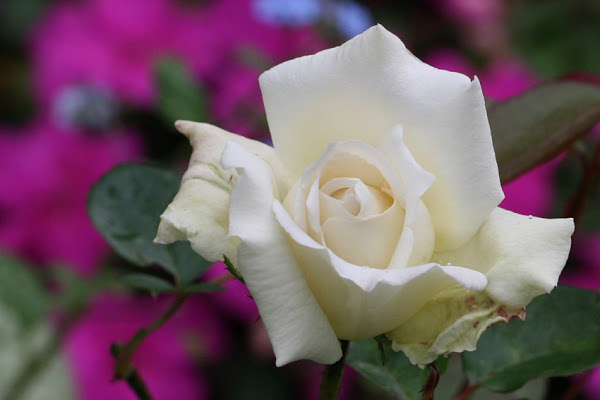 Silver Anniversary, shown above, was a gift – no prizes for guessing what for! I had previously posted on my silver border and this rose was chosen especially for it.

Not all the plants I have in this small area are silver – some have silver in their name like the clematis ‘Silver Moon’ bought at the Gardening Scotland show at the beginning of June. In the last week this rose has come into flower and what a beautiful flower it has!

I could instantly see why it was given its name.
It looks like it would easily belong in a wedding bouquet. However, my first were thoughts were of fondant roses on a wedding cake! I could easily be transported back into my kitchen with the smell of icing sugar. 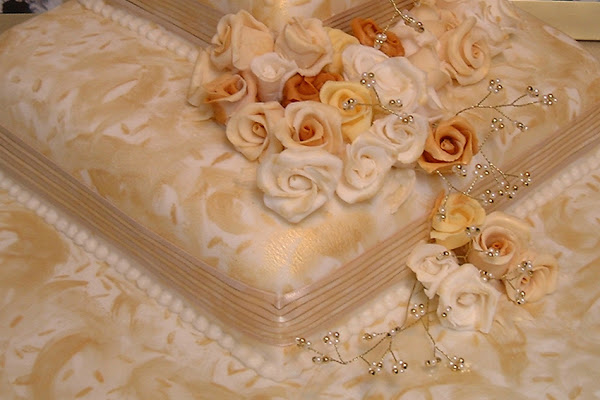 I have made many fondant roses for special cakes for family and friends over the years. My parents Golden Anniversary cake thee years ago, shown in the photo above, was the last time I made them. I would also recommend both this rose and trying to make fondant ones!

8 thoughts on “The Rose”