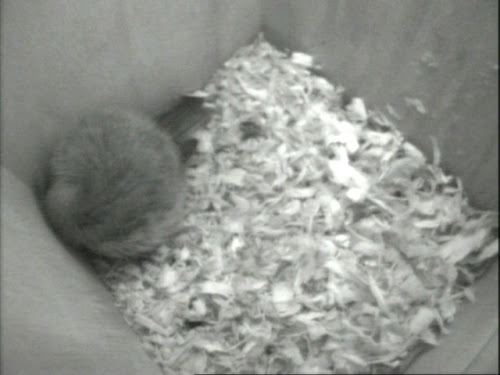 We have a Camera Nestbox in our garden, put up March 2007, and have been delighted to see a Blue Tit roosting in it after we cleaned it out and put some wood shavings on the floor. We had no idea of this bird or others would continue to use our box. I am delighted to report that a month on it is still being used. I cannot be certain that it is the same bird but I am guessing that it is. I am also guessing it is the female who used this box in Spring this year.

Tucked up for the night at 6pm tonight, you can see below, is our Blue Tit rooster. However, we did have a concern that our box was leaking two weeks ago. You can see the wet walls in the second photo below but it does appear to have dried up since then as the photo above shows. Perhaps the rain came in the entrance hole at a different angle and that was the cause. We will keep an eye on this the next time we have heavy rain. I don’t believe our Nestbox has had snow on its roof either so we will need to watch for that too. Perhaps we should brush any snow off from the window above. If the holes in the roof are covered we will not be able to see in it anyway to check on it. 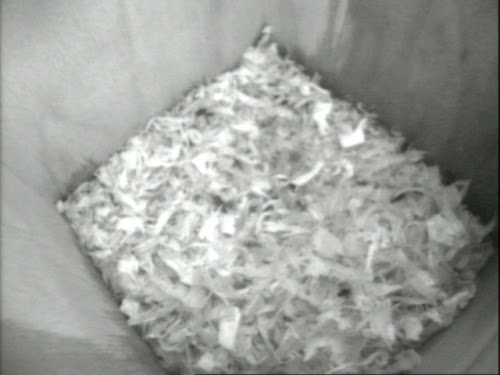 Dark, wet evenings of late have meant that I have been unable to catch any video footage of our Blue Tit rooster in our Nestbox when it comes in as it is only lit by natural light. However, back in the middle of November we were very surprised to see a Blue Tit in our Nestbox one sunny lunchtime! Again, I’ve no way of telling if it is the same bird but I can tell that I perhaps I put too much wood shavings in the Nestbox!