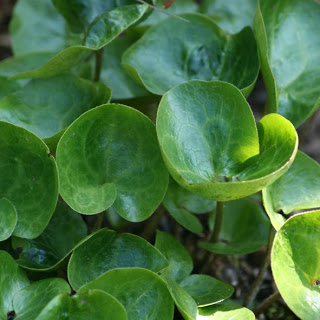 I have been speculating the ‘in colour’ for Chelsea 2008 and after watching tonight’s television coverage on the BBC it appears that this year it is green. I didn’t see that coming although it is not a huge surprise.

If you are a regular visitor you will know that green dominates my garden too. Although I wouldn’t say I was a trend setter having gardened with green for many years. I love green in the garden.

Okay, so tonight you really don’t want to hear about my garden! You will notice a new picture at the top of my side bar. This links directly to the website for The Chelsea Flower Show.

As I type this the judges will be on the final stages of deliberation over who gets medals and what type they should be. Three weeks is all the time the gardens and displays have had with the deadline for completion 7.30am this morning. I am certain there are a lot of exhausted and anxious people tonight!

Early tomorrow morning the medals are handed out and the BBC usually covers this too. There will be tears, smiles and I suspect some jumping for joy!

So do I have any favourites from the small snapshot I have seen tonight? Will I stick my neck out and say who I fancy for best in show? I’d like too but I haven’t seen enough of the gardens yet. Excuses, excuses – I know!

Okay, you’ve twisted my arm… I am going to say The Laurent-Perrier Garden by designer Tom Stuart-Smith will get best in show.

I also liked The QVC Garden by designers Patrick Clarke & Sarah Price (Wynniatt-Husey Clarke) and the oak pathway suspended above the planting in The Lloyd’s TSB Garden by designer Trevor Tooth. I have to say when we see more coverage tomorrow I may well find others I like as much. However on first impression The Laurent-Perrier Garden gets my vote.

Update Tuesday 20th May (Medals Day): I am delighted to announce that The Laurent-Perrier Garden by designer Tom Stuart-Smith was awarded both a gold medal and Best in Show in the category of show gardens. I am thrilled. I do believe, as said in the television coverage, that it was a very brave garden using so much green and I am so glad it was chosen. I hope to show links later so you can see it and the others in some more detail. The website is still being updated. Congratulations go to Tom and his team!

Finally, I’d like to wish everyone visiting this show a great time!