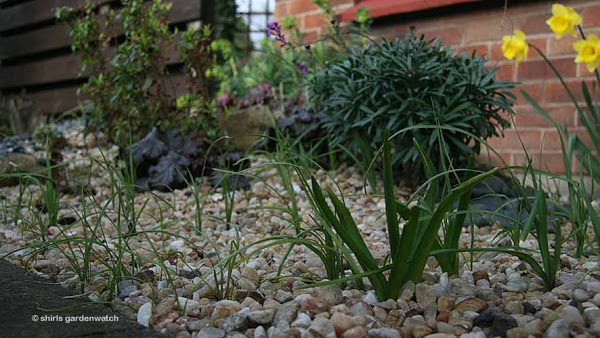 ‘Guid things come in sma bulk’ (meaning just because something is small doesn’t mean it’s of little value) could be the motto for my March 2012 Garden Blogger’s Bloom Day. Let’s take a look at some of the small stuff back on March 15th starting with my favourites the alliums breaking through the gravel… 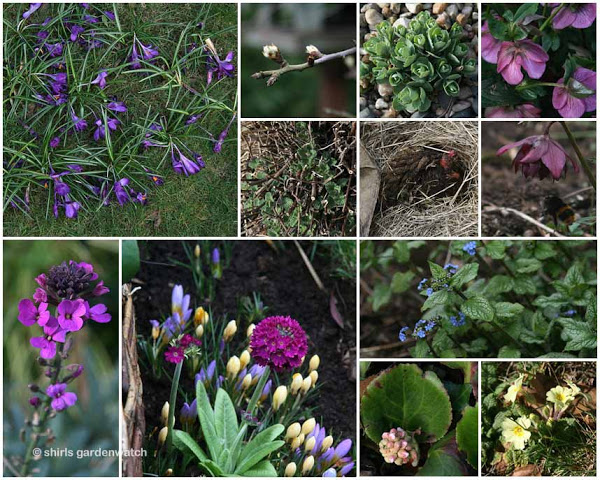 Seen in the montage above: there were lawn planted Crocuses past flowering (early bees would have fed here), buds ready to open on weeping Pear tree (attracting small insects birds will feed on) , Sedum rosettes forming on the ground, Hellebores flowering their socks off (bees feeding again) and new growth on Catmint (ladybirds hiding in last year’s woody stems) giving just a flavour of the March garden.

Perennial Wallflower Bowles’ Mauve (photo bottom left) has not stopped flowering all winter and should any butterflies flutter by then this would be where they’d stop. No flutter sightings back on the 15th but there have been since. We haven’t had a hard winter so this plant has survived but this year I really must take cuttings. Having this plant flowering in full sun and partial shade would definitely take it to my list of recommended plants for the garden.

Also seen above: Drumstick Primulas and new mixed crocus planting in shady spot (these crocus later to flower than the lawn plantings that get more sun). Delightful small blue flower clusters on Brunnera ‘Jack Frost’ (large foliage leaves will shelter wildlife in summer), Bergenia buds (again large leaves giving shelter to insects and wildlife throughout the year) and last but not least the wild primrose that I grew from seed which attract low foraging bees.

Next I was going to chat about the potential of mixing up small borders and that being the main link to the ‘Guid things come in sma bulk’ but the chat got a tad lengthy so I’ll come back to that another time. I would like to ramble on with this and I do like to think slightly out of the box sometimes 😉 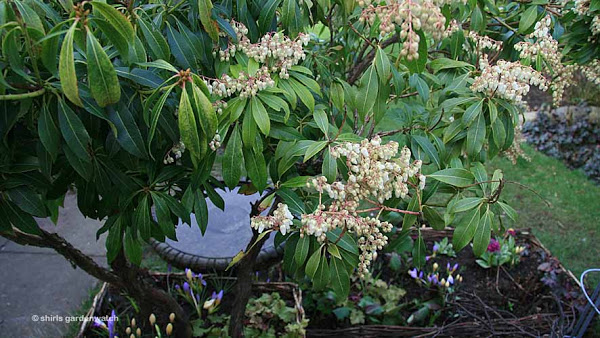 Finally… I’ll end this post with a few more border images taken for Garden Bloggers’ Bloom Day back on March 15th. I’ve a few stories to share since my last postings including updates on flowers that have flowered since, bird & hedgehog tales and a new project and a small border that has exceeded my expectations… don’t you just love it when a plan comes together 🙂 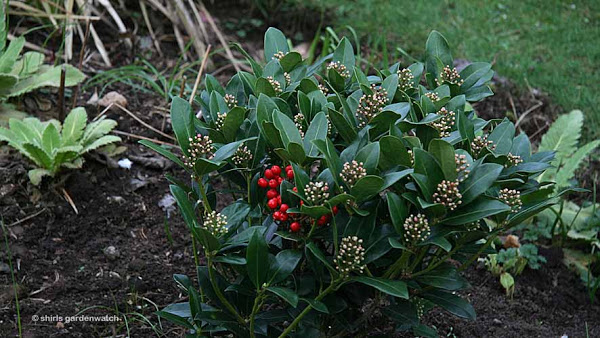 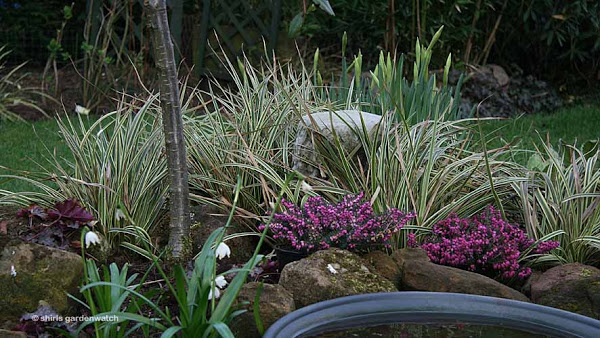 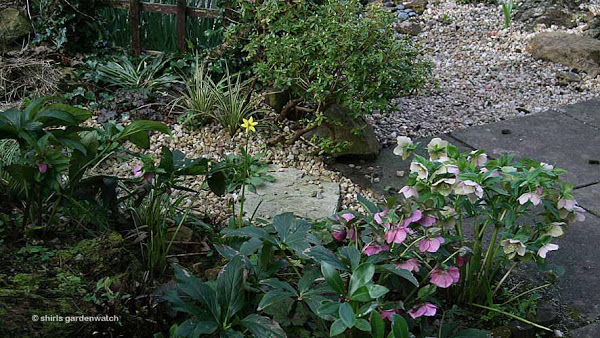 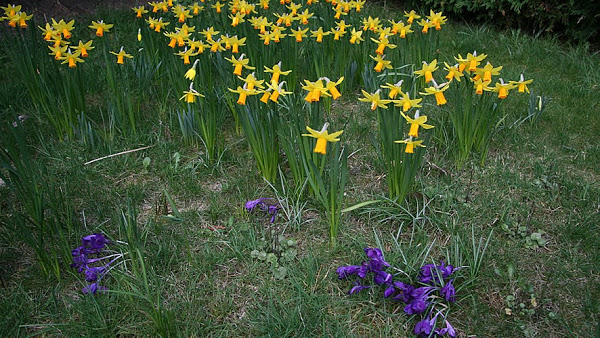 I do hope you’ve been enjoying the plants, birds and wildlife in your garden this past few weeks too. Have you taken on any new projects when the weather has been nice? Perhaps you have had special bird or wildlife moments in your garden?

This post was written by Shirley for shirls gardenwatch in March/April 2012.

5 thoughts on “Will we really get snow on Tuesday?”