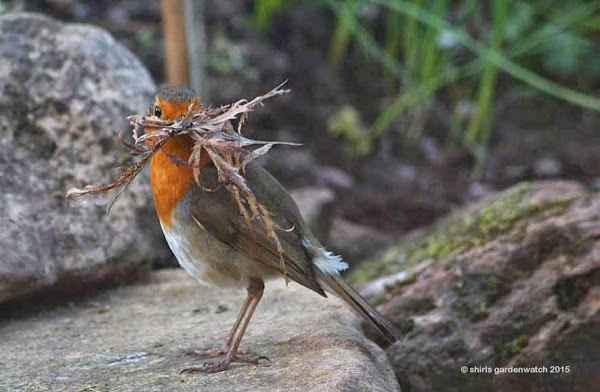 A Robin has shown more than a little urgency in collecting dry moss and leaves from my garden earlier this evening. Having had a push on garden works of late as the weather holds, it seemed to be doing the same tugging away at dry material from rocks around my small pond. At speed, back and forth it went! 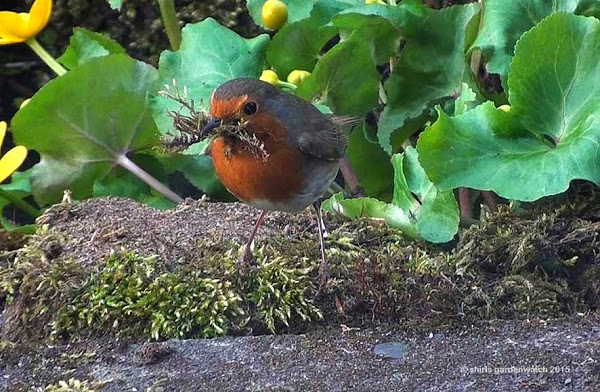 To my surprise and delight the Robin flew right past me straight up to an open-fronted nestbox in my ivy clad pergola (the variety Sulphur heart on this side). This Blackbird nestbox has never been used despite being in my garden since 2008 (a birthday gift from my Mum and Dad). My Mum will be thrilled when I tell her now. I’m taking a guess that the Robin just discovered this nestbox this afternoon. 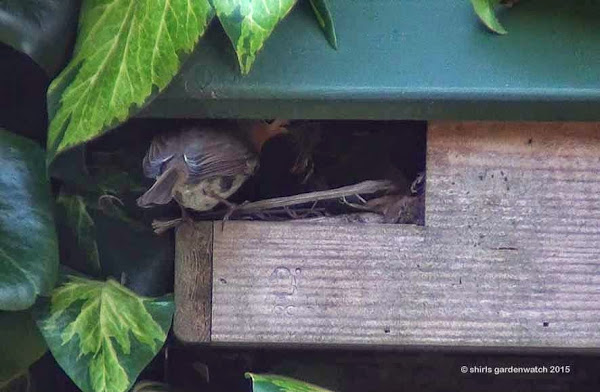 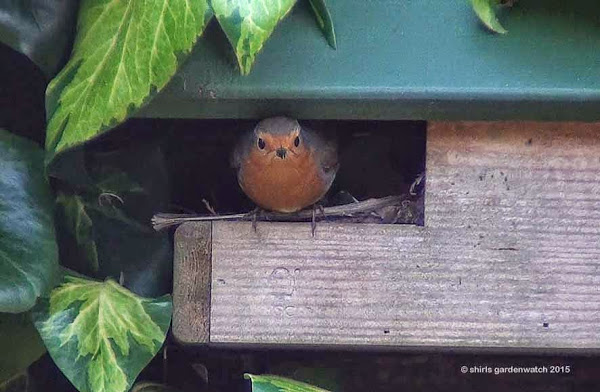 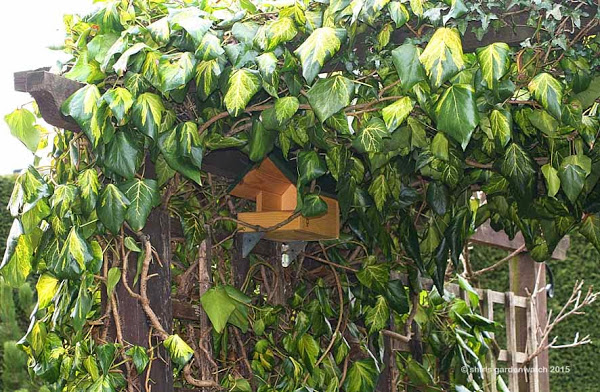 March 2008 when the nestbox was first put up.

What a surprise start to May! Now, the only thing about this location is that the Robin pair could have the potential of noisy neighbours! I do hope this doesn’t put them off. On the positive, the ivy has grown considerably since the nestbox was put up and should now give good cover.

Wishing you all a great weekend and hoping that you too have nest building activity in your gardens and are happy with progress of your garden works. May has always been my favourite month in the garden but it is extra special this year with our first (known about) Robin’s nest!

This post was published by Shirley for shirls gardenwatch in May 2015. Images 2, 3 & 4 are video grabs.