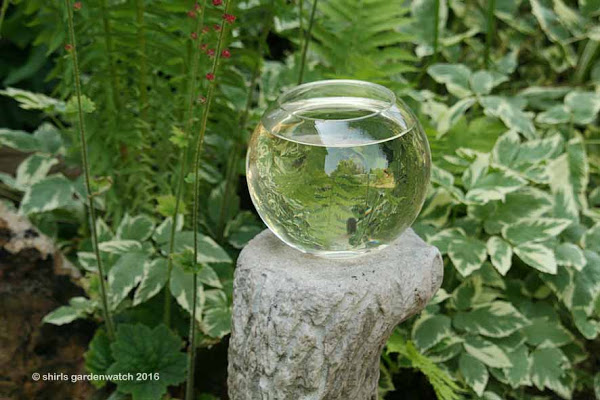 Okay, so I haven’t got a crystal ball but if I did and it predicted so much wildlife in one small garden I would never have believed it anyway. So what are we looking at today? Well, curiosity and failed attempts at taking clear photos of our wildlife pond tadpoles finally got the better of me 😉

One small vase (smaller than the goldfish bowl it looks like), one scoop into the pond, 2 tadpoles available for inspection and a shady corner for a photo shoot – that was all I intended. Once again, garden activity that I wasn’t expecting had me transfixed with my camera over a warm, sunny lunchtime.

The tadpole photo shoot didn’t go that well. I was looking for signs of legs that we had been convincing ourselves we were seeing. Once again I failed at getting clear focus shots through the water and I tried many angles. Perhaps I should have looked up the timeline and then we would have realised we were imagining those possible tadpole legs.

Calculating back from the day the tadpoles broke free from their egg sac I’ve discovered that they have another 4 weeks to get to the stage of back legs. Gosh, I never realised it could take that long. So currently our tadpoles are 43 days old (just over 6 weeks).

So my understanding now is that at 10 weeks tadpoles get their back legs and at 12 weeks from leaving the egg sac they get their front legs. Time will tell now if this is accurate. Also, frog tadpoles develop into a mottled brown where toad tadpoles are a plain black.

By their colouring, I can confirm we have frog tadpoles although the spawn clump already told me that. We have been seeing the tadpoles in this mottled colour for a couple of weeks or more. 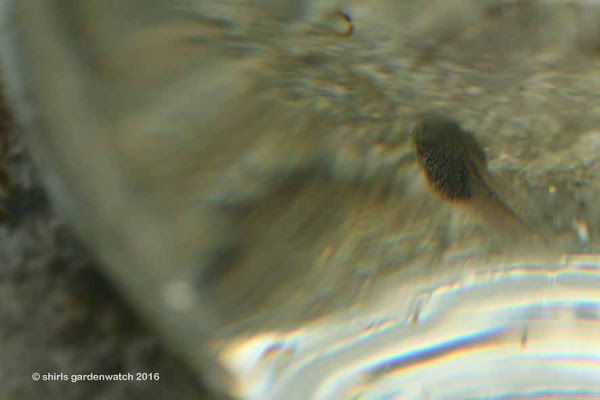 Photo shoot over and the tadpoles were returned gently into the shallow water. As I stood up, some movement across the pond caught my attention. I wasn’t sure what it was at first but then I quickly realised what I was seeing and they had me transfixed… 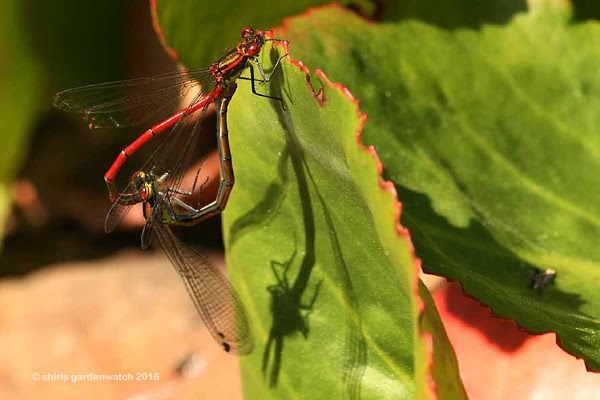 Large Red Damselflies in mating wheel, measuring at only 36mm in length
they are really tricky to follow and focus with a camera. 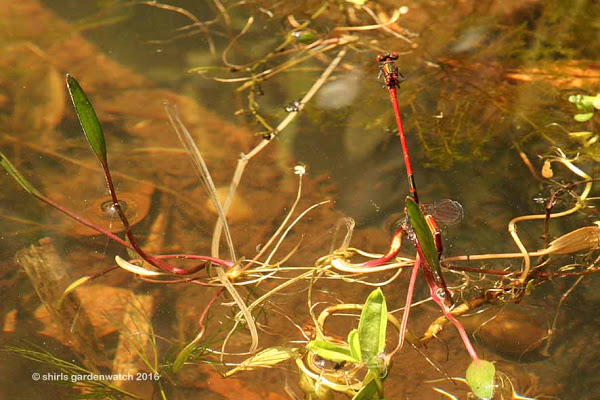 Male Large Red Damselfly holds female by the head in a tandem position as
she lays her eggs . They were camouflaged by red stemmed pond plants. 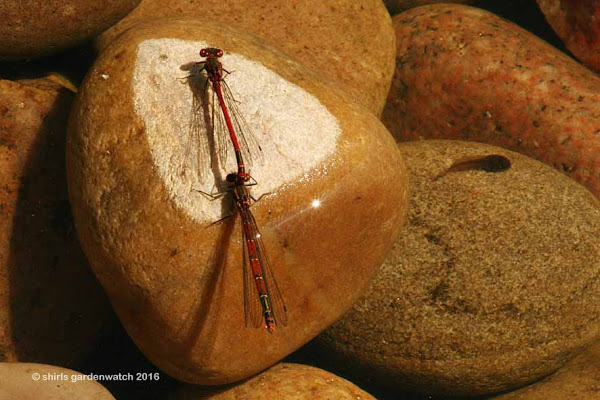 After a spell of egg laying, the pair rest a while on a pond pebble.
Look who passes by, helping scale this damselfly, it’s a frog tadpole 🙂 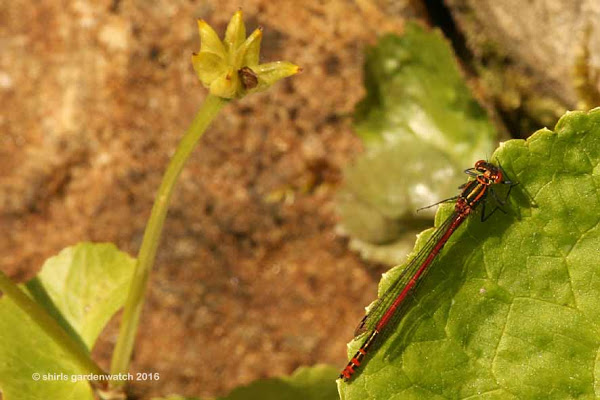 Another Large Red Damselflies arrives, landing on a leaf
at one of the feet of my tripod – that’s a garden record of three 🙂 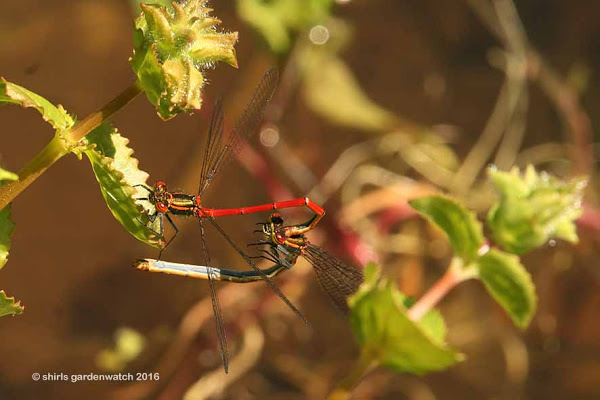 That damselfly garden record was broken very quickly as the third
Large Red Damselfly attracts a forth and the mating wheel begins . 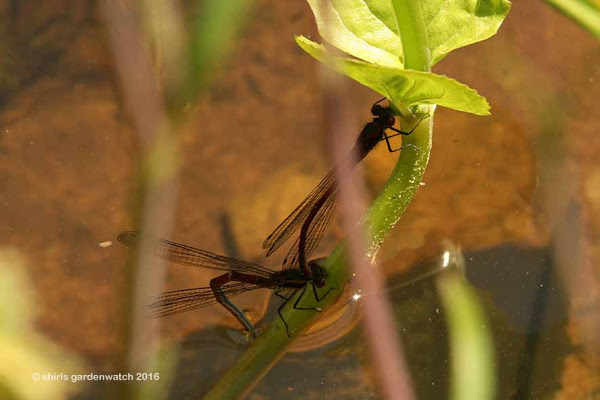 Beneath the second pair, the first female is still laying her eggs.
Thanks to curiosity over tadpole development I didn’t miss these sightings 🙂 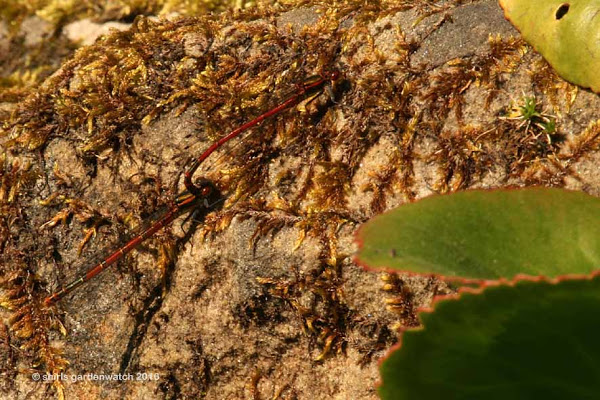 Very easy to miss seeing this damselfly when it’s still on a mossy rock.
This is a cropped photo, they are almost invisible in the full size one.
What fantastic gardenwatching this was today – if you build it they will come 🙂