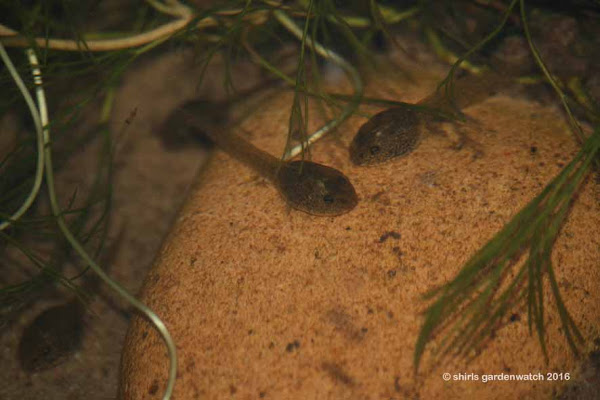 No back legs are visible on the frog tadpoles tonight. This was an optimistic check-in as they are changing their swimming behaviour. They are now seen very close to the bottom, stationary a lot of the time but when they move it is fast, almost like they are running along.

The pond water is currently clear enough for the tadpoles to be seen but there’s enough cover with plants and large pebbles to keep them safe too. The pebbles are working very well by our observations.

By my estimations the 10 week point, when the back legs are due to appear, will be on Saturday. We will be checking them daily from now on. They have certainly got the whole family gardenwatching 🙂

At night especially, the tadpoles are seen congregating in groups. 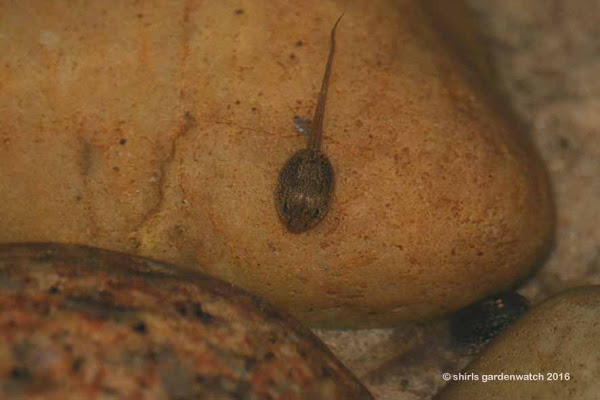 Tadpoles resting on top of the pebbles make them easier to photograph.
Great to see the spaces between pebbles used for resting/hiding too. 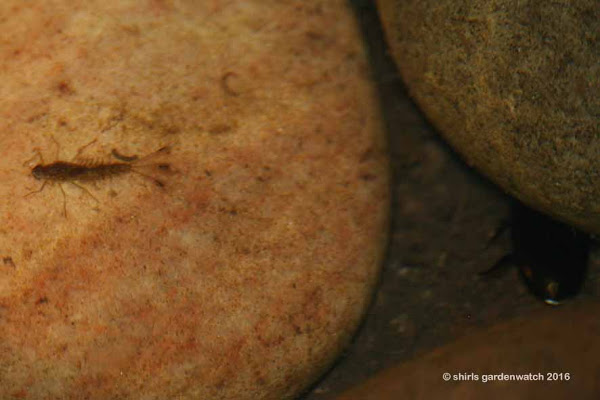 A number of damselfly nymphs were seen tonight, a beetle is seen hiding too. 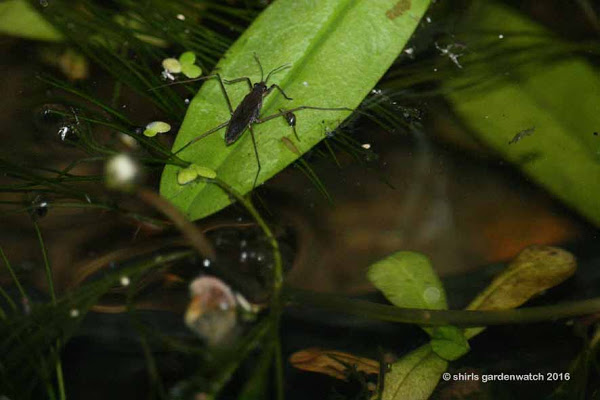 Pond skaters are seen more clearly when they rest on plant leaves.

Following these tadpoles has been such fun, seeing so many damselfly nymphs tonight was great too. They were also seen in groups and once again, resting on pebbles allowed an attempt at a photo. They are absolutely tiny, the photo above was cropped.

It would be just brilliant to take images from below the water. I’d love to do that. It would be fascinating to see all the wildlife that is living in the pond and from the viewpoint they see too. I’d love to share that here. For now, I’ll do my best with my zoom lens from above 🙂