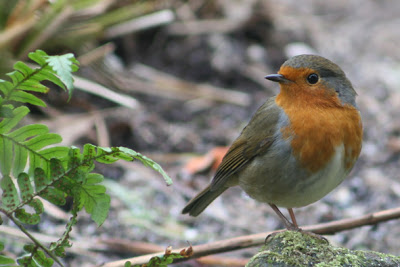 This morning we were greeted with a frosted garden once more although it didn’t feel too cold. I do love to see a winter garden. It looks almost asleep on mornings like today but as soon as the birds descended towards the feeders it didn’t stay sleepy for long! That’s not at all unusual on cold days as the birds need the energy of the food to keep them warm. What was interesting about today was how popular a new seed mix was.

Gourmet robin blend it read on the small 1.5kg bag which I picked up at a large well known supermarket over the weekend. I failed to get a large bag of sunflower hearts at the pet shop as they were out of stock so I took the smaller bag. When I saw the robin mix I thought it would supplement the sunflower hearts which are by far the most popular food with my visiting garden birds. I had no expectations with this mix. I have been disappointed with a number of good quality seed mixes in the past including one by a well known presenter of bird and nature programmes. 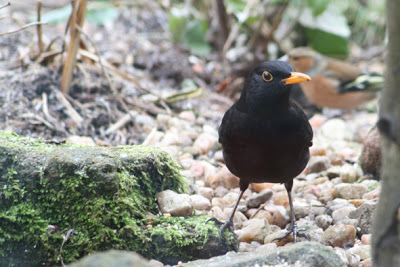 I scattered the seed mix on the ground under and around my small domed Acer tree yesterday. If no other birds were interested in it I was fairly confident the blackbirds would be more than happy with it. Oh yes and they were! 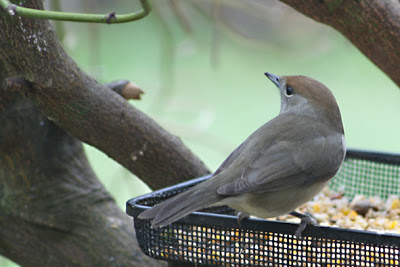 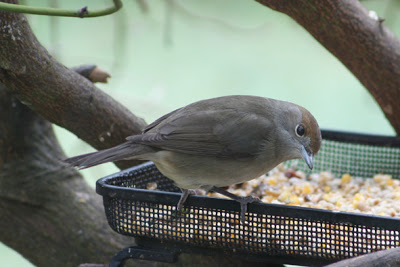 Patience is often required when new feeders are put up or new food added to existing ones. It sometimes takes a few weeks for the birds to show interest and even then it may be only a few at the start. In time word does get around and the feeders will get many visiting birds. What a difference a day made in this case! 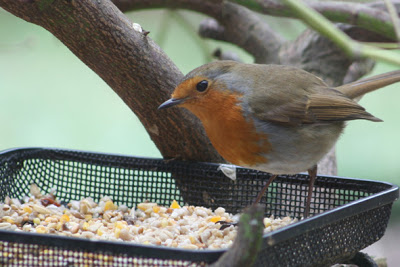 The robins often visit the small feeder tray that rests in my Acer tree so I decided to put some mix in it. The bag stated that this mix was ‘Formulated for Robins and other ground feeding birds’. 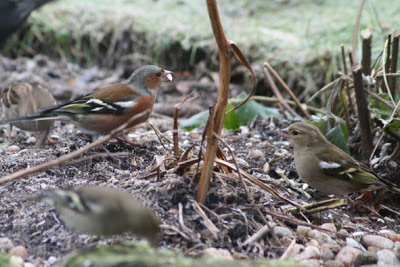 It also listed a selection of birds that would eat this mix. Yes, today I did see dunnocks, chaffinches and house sparrows join the robins and blackbirds in large numbers running around the ground eating the seed. However there was one bird that wasn’t listed that kept coming, back, back and back again to eat at the feeder. 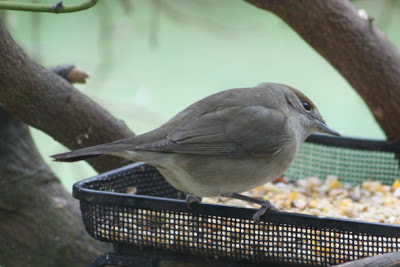 The female blackcap, which is now a regular to to my garden, was seen really enjoying this seed mix for robins. It even dined with the robin at one point until the blackbirds came jumping through the branches and squeezed under to eat from this feeder too. The blackcap never went far away. She would sit on the branches above waiting for the blackbird to go. I couldn’t believe how popular this dish of the day was! 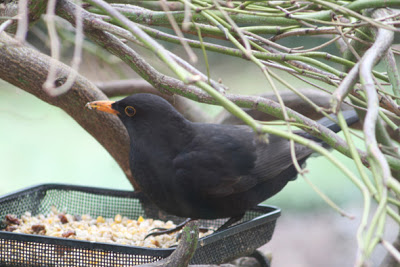 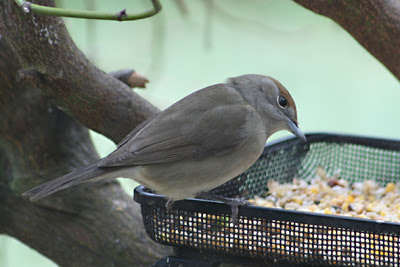 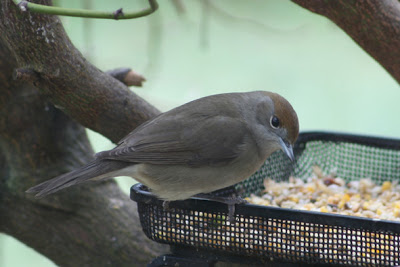 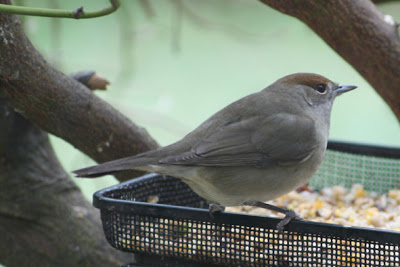 Luckily, as the chaffinches were all feeding on the ground this left the hanging feeders with sunflower hearts free for all the other finches. Many Siskins and goldfinches came and a few greenfinches too. I also noticed four blue tits and a great tit. Thankfully I saw no sign of the Sparrowhawk which was very surprising considering the activity in my garden.

Finally, today’s bird watch through my window did also concern me when I saw more than one blackbird with a broken/deformed foot. I knew I had one female but today I saw two males as well. I will post on this soon once I get clearer photos and a bit more information on this. All my photos above were taken through my window. I also photographed the dunnock but it was moving too quickly and it was not too clear but it was much clearer than the photos of the wren which were completely blurred!

The photos above were taken in my garden on January 22nd 2008.