I see now that you were not alone when I filmed you back in Spring! Whilst making a start on a video inventory of suitable video footage to include in my blog (two boxes of mini tapes awaits!!) I’ve discovered something I didn’t realise I had captured until yesterday. I’m guessing many visitors here will know what it was.

Before sharing that piece I’d like to share another. Two weeks ago, just before dusk, I took a couple of trips to the town side of Loch Leven. I was hoping to catch the pink footed geese, who are staying there over the winter, as they came into roost. Alas I wasn’t lucky enough to film them. I did hear them in the distance though.

However, as I stood waiting patiently, the evening sky and swans caught my attention. There was one very large group of swans (not a sound out of them) in the distance.

A few of these Mute swans had serenely floated towards me… my camera turned towards them.

It was like watching the ballerina in a music box… without sound but you could still feel the music. It was an unexpected moment and one of many I have enjoyed in the time I have been ‘watching’ both in and out of the garden since I began this blog.

It was getting almost too dark to make them out however I could see them rocking their bodies from side to side before dipping their heads in the water to feed. Based on watching the Blue tits nesting in my nestbox that has a camera in it I’d take a guess that they were moving stones below to dislodge any food.

What about Mr Reed Bunting? Well, yesterday morning I decided to return to the other side of Loch Leven to see if he was still around the area I’d first seen him. It was a lovely morning when we arrived. We walked down from the car park to the water’s edge where a number of birds could be seen on the water. I could see swans and coots. 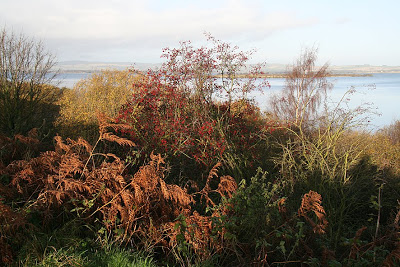 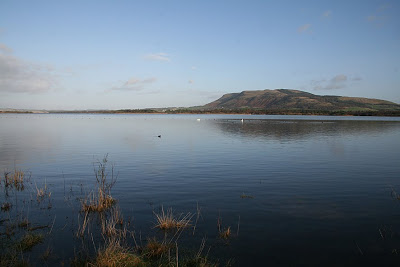 Heading along the straight strip of the River Leven we passed three swans preening. I have ‘heard’ swans here before. They may be mute but the noise of their flapping wings is quite distinctive… almost eerie. They use this strip almost like an airport runway.

As we walked along the path we could quickly see that recent rains had brought up the level of the water considerably higher than usual. It was along the far side edge that I saw the Reed Bunting back one Spring evening earlier in the year. Nope… no birds were spotted along the water’s edge yesterday….just a Heron standing on the banking above looking on.

Watching for birds in the same places you’ve seen them before is a good guide to seeing them again. I have seen Herons in exactly the same place as the one we saw yesterday and was watching out for it there. I tried to take photos but with foliage on both sides of the river it was tricky. When I moved to a more open spot with my camera the Heron just strolled quite elegantly further up the banking and out of view.

It was the strolling along the water’s edge of a small brown bird last spring that caught my eye then. I had seen Chaffinches along that strip of water, Pied wagtails too. Initially I hadn’t realised that I was seeing a bird I had never seen before until I noticed the black and white at the head.

My first guess at ID, I was delighted to find, was accurate! Clearly photos on other blogs have helped me here. Confirmation came when I referred to books at home where I read about the reed beds, wet pastures and marsh habitat of this bird. I am always thrilled now to discover new birds I have never seen before. I am even more thrilled that I now see them when before I would have most likely missed them completely!

The video below of the male Reed Bunting below isn’t the sharpest as I attempted to follow its progress along the edge of the water although I was thrilled to capture it. However if you look closely you’ll see it eating.

If you listen carefully you’ll hear a few other birds in the back ground too. I wonder how many you recognise. I thought I could hear Great or Coal tits. However, I was completely surprised to hear another resident in the background. I’ll let you listen for yourself…

What do you think? I’m thinking the drumming noise in the background belongs to a Woodpecker. There you go… if it wasn’t for my video I would never have known Woodpeckers were even there. So now…. next visit, I’ll listen out and look out for the Woodpecker too! 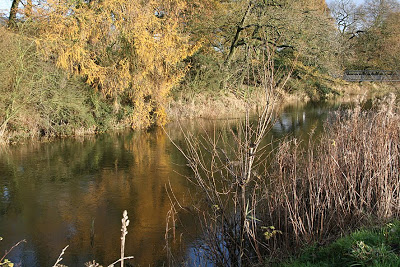 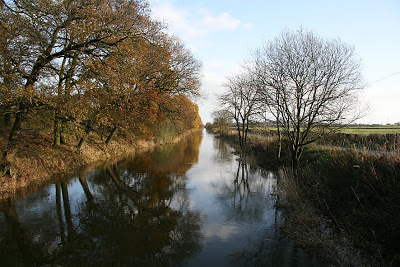 What a wider wildlife world is out there than many of us realise. I am just thrilled that now I am seeing (and hearing) more of it now. I also hope that others reading my postings are enjoying it more too. It is great that through our blogs we can all share in bird/wildife sightings especially with visitors from other parts of the world. I enjoy hearing all about them and wonder what you saw over the weekend 😀

I would like to request that these photos and my text are not re-posted on any other websites. Many bloggers are having a problem with their postings going ‘walkabout’ and I will be considering this more fully for future postings.