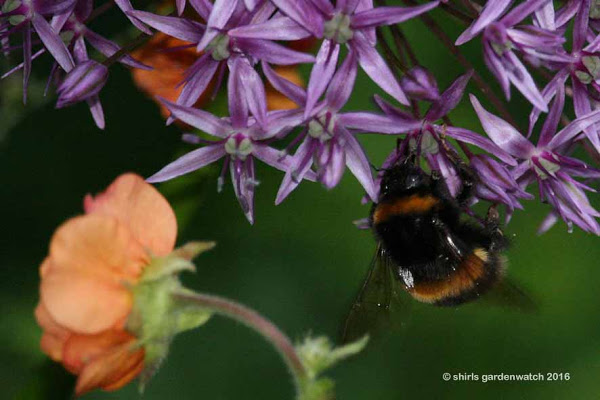 A BBC News item caught my eye on my phone this morning – “Volunteers sought for Scottish bat survey”. Now, that’s something I haven’t done this year – sit on my arbour seat and watch bats fly around the garden as the sun sets. Note to self – a plan for tonight!

Volunteers are being sought for a Scotland-wide survey of bats.

The Bat Conservation Trust is asking people to note sightings at sunset and before sunrise in an effort to gauge the health of bat populations.

The surveys involve spending an hour looking and listening for bats and entering the results online.

Anne Youngman, Scottish officer for the trust, suggested volunteers could incorporate their surveys into a “romantic sunset saunter”.

The UK is home to 18 species, including brown long-eared, common pipistrelle and Daubenton’s bats.

Bats have been seen flying along the length of our hedge over many, many years. They turn tight at the bottom corner and that’s where I tried to get photos tonight. No luck though. They were too fast, no surprises there, and the light went low too. Bats first appeared tonight at 10:20pm. These long bright days may be turning back now, but there’s still time to get out and make the most of them yet 🙂

I suspect the bats visiting my garden are Pipistrelles, but I don’t know that for sure. Some are quite small (I’m guessing young ‘uns). They get very, very close to my arbour seat. I can’t deny I felt a little uncomfortable tonight as they got rather close to my head as I stood beside my tripod.

The sights and sounds from the garden tonight included songs from a Dunnock and Blackbirds. Woodpigeons clapped their wings as they flew over (three) and Swifts screeched (group of ten) as they circled the sky above me. Before the bats came out something caught my eye and I got up with my camera. 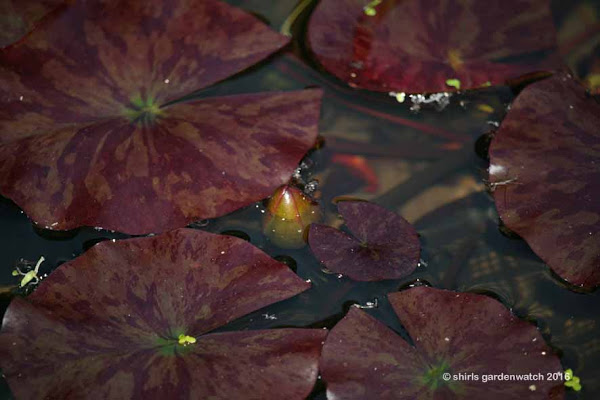 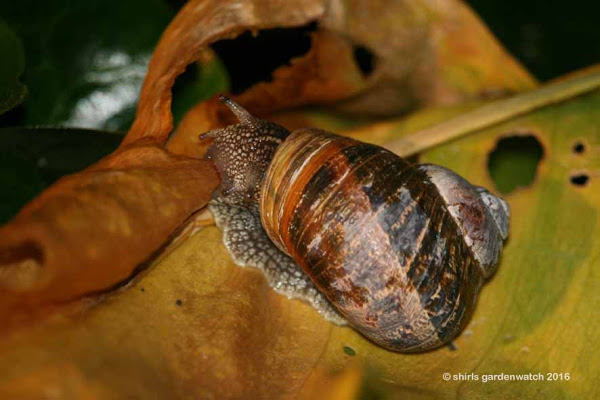 Thankfully this large snail was feeding on an already decaying leaf. 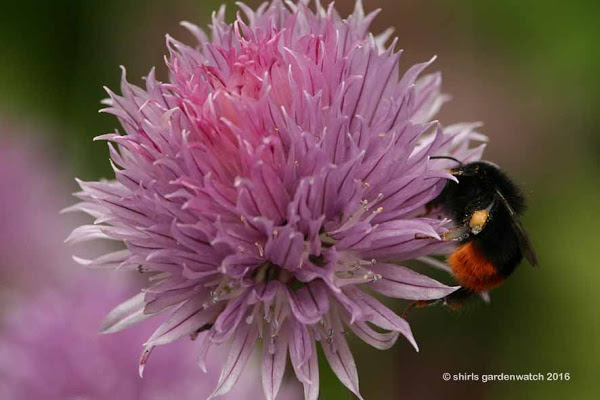 Uploading night photos, I came across another bee visitor from this morning. 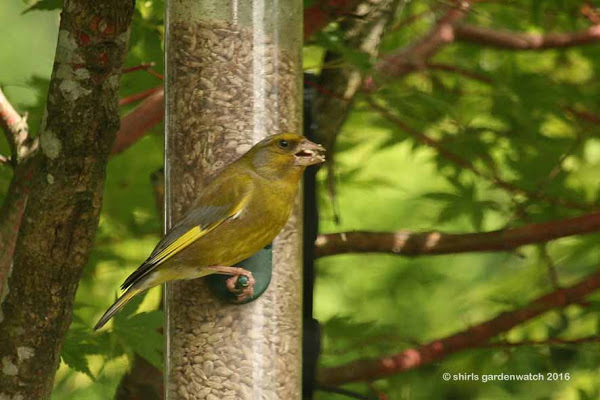 I nearly forgot I had breakfast with a Greenfinch this morning 🙂 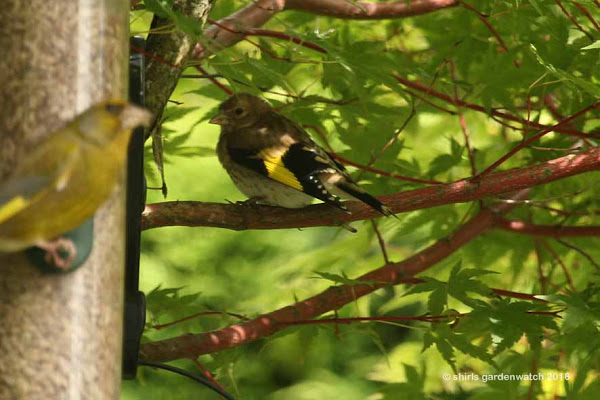 The Greenfinch was being watched by a Goldfinch juvenile too 🙂
When the Greenfinch left it went down to the feeder tray mentioned previously.
The timing for this tray going up has has worked out really well then 🙂

Pottering around my garden at sunset can have bats skirting over my head too. Ha-ha… I wonder if that is something that appeals to you? Alternatively, you could always sit indoors by a window to count bats as you would birds for the RSPB Bird Count 🙂

Tonight I counted two bats, although there was a ‘maybe’ three. They are so very quick in the air. There was plenty other wildlife to catch my attention while I waited. I absolutely recommend siting outside and soaking up the atmosphere in the garden before sunset. Dawn is probably good too – although I’ve never done that yet! Have you? Do enjoy your evening garden, be it pottering or wildlife watching 🙂