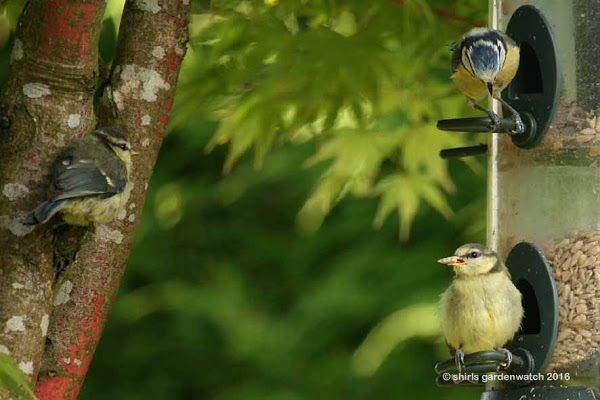 National Insect Week took me out to the garden with a camera last night. Someone crept up on me and the focus shifted 🙂 It was a non-gardening practical job that took me outdoors this morning, nothing whatsoever to do with nature or insects.

Noisy garden visitors were heard the minute I opened my back door and my focus quickly shifted to taking photos. It’s fair to say, this happens a lot! Sound familiar? 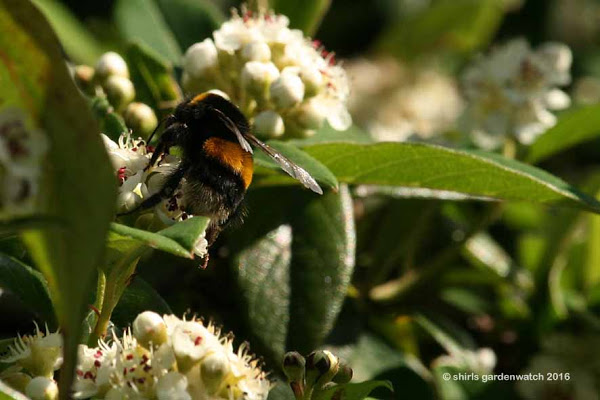 Last night, moths were a no show on the cotoneaster blossom, this morning
it was quite literally a buzz with many bees feeding. 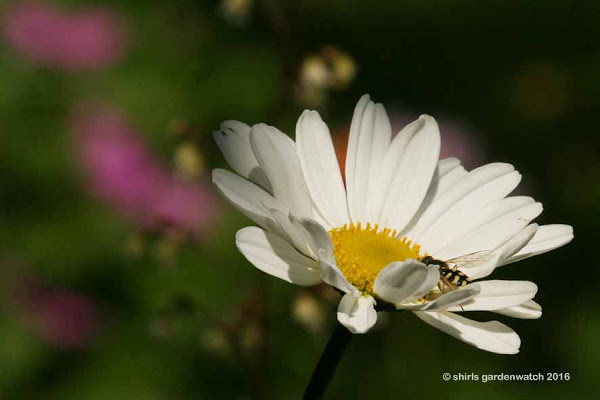 Last night I focused on watching white flowers for insects, this morning
a hoverfly was feeding on a new wild flower arrival for 2016 – Oxeye daisy 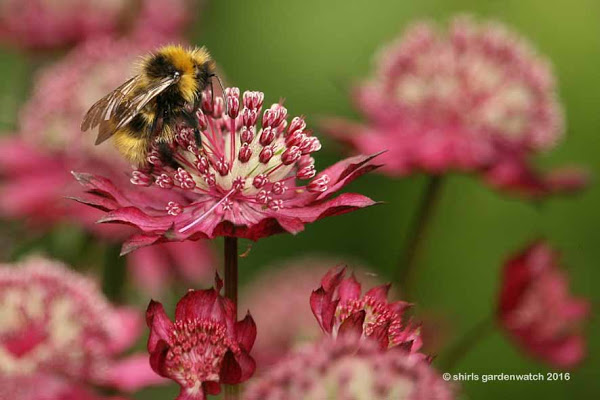 I’m loving the increasing planting of Astrantia and so are the insects.
Delicate bobbing movement of these flowers add so much to the garden too 🙂 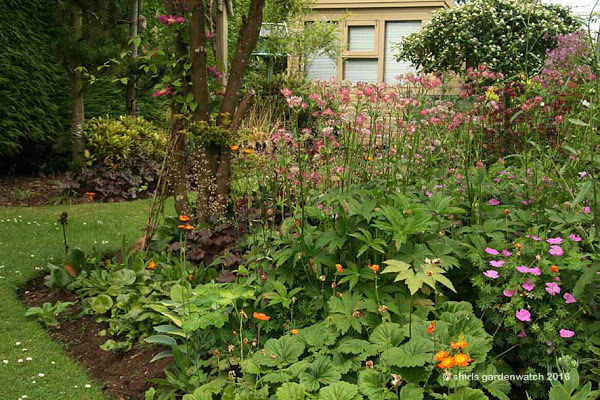 A long shot of the border shows a plethora of foliage and ground cover for
newly emerged froglets, many more flowers will open for insects too 🙂 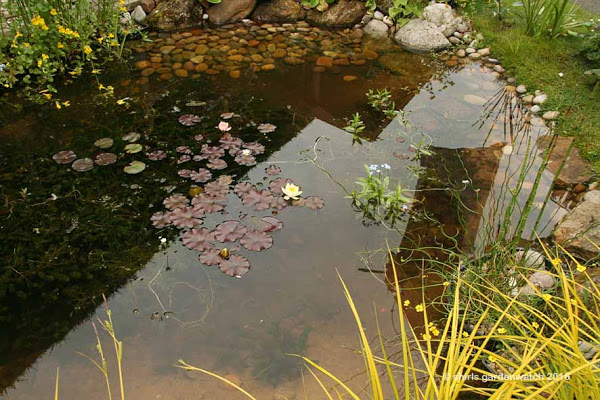 Pond side was the destination for my practical job this morning, it also shows
the power of editing & cropping photos. The rectangle reflection on the right is a towel hanging. A base pole for a rotary clothes line is discretely in the grass 🙂 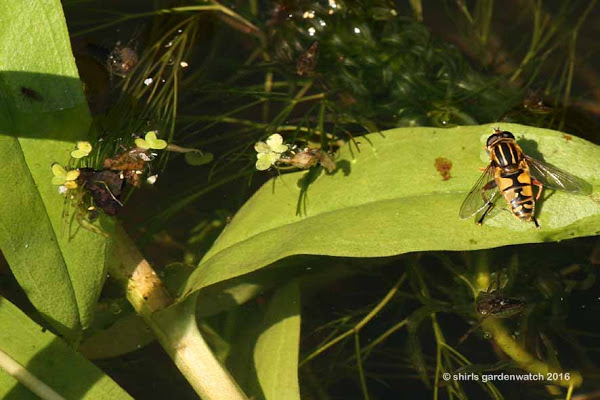 Practical job completed, insects caught my eye moving over the water.
Uploading photos revealed three backswimmers as well as the hoverfly.
It is often said that water is like a magnet to insects – it definitely is! 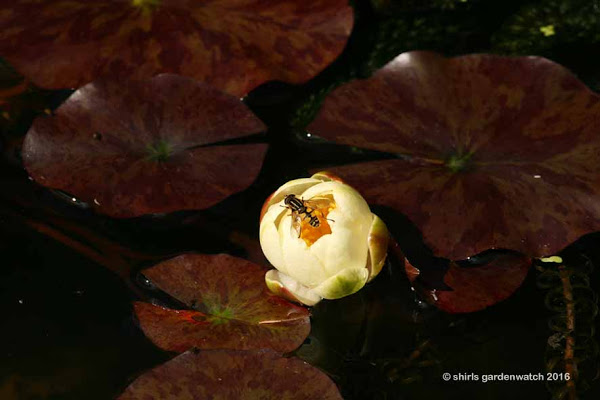 Water Lily ‘Marliacea Chromatella’, picked for it’s beautiful marbled leaves
and its medium size, hoverflies and other insects are attracted to it too. 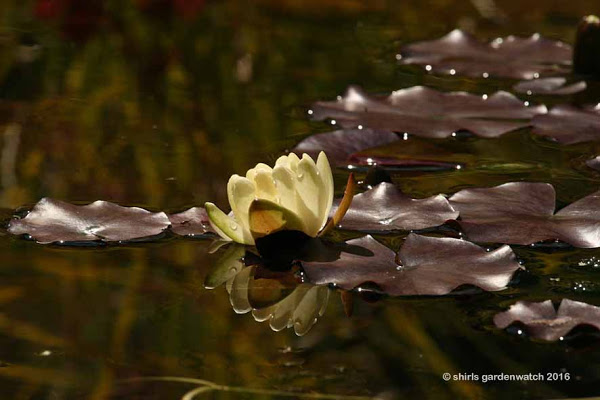 The next practical job was breakfast. Where better a place to have it
than sitting on the Arbour behind the pond? Ignoring the hanging washing,
my focus went to the beauty of a simple flower reflecting in water.

The final, garden related, practical job planned for the day is building a new garden bench. It’s been painted to match the arbour and is ready and waiting to be assembled. It’s to be raining later in the afternoon so sounds like a good time to do it. I’ll enjoy using this bench to watch insects and birds in another part of the garden. I’ve something else in mind for it too 😉