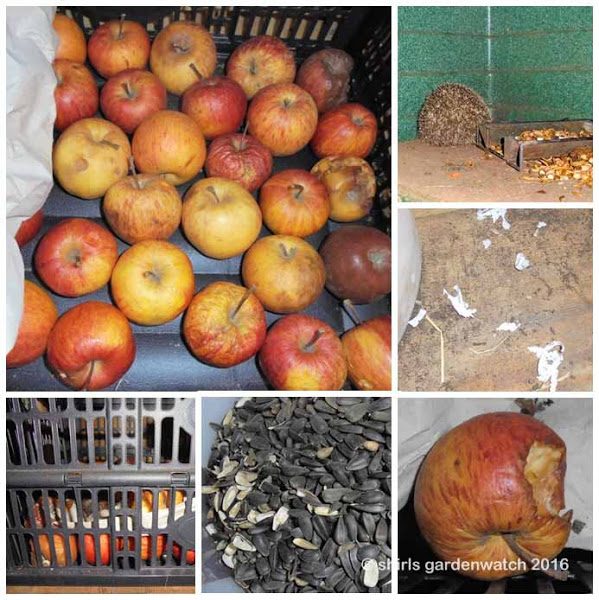 Last October, just before Halloween when the shops were selling them cheaply, I bought 20 bags of small apples. Not all at the same time, I began with ten. Dunking for apples then? No, not at all, I had quite a different plan which was equally fun.

Using a plastic, crate style storage box, my practical plan was to see if I could successfully store these apples in my potting shed throughout winter. I layered them using thick packaging paper received in parcel boxes. The apples were quite hard so I was hopeful this could work.

Attracting flocks of Waxwings, Fieldfares or Redwings during a possible hard winter was the fun plan. I had a fantastic supply of fruit ready and waiting to attract these special winter visitors. What a spectacle that could be in the garden. When it snowed, for once, I wished it would lie longer 😉

Today, eight months on, some apples are still reasonably intact. Can you believe that? Yes, they’ve gone a bit soft but that was what I wanted to happen all along. We didn’t get the harsh winter, didn’t hear or see waxwings etc but my experiment still worked and I’ll be doing the same again this year now – that’s my #30DaysWild pledge 🙂

Blackbirds, Song thrushes and Starlings enjoyed the potting shed fruit bounty but they were not alone. Can you guess who else did too? Two more clues from the potting shed – shelled black sunflower hearts in a container without a lid and shredded paper on the floor. Yes, you’re right – mice!

There’s plenty of alternative accommodation and food for mice outdoors. I can only guess I’ve left the potting shed door open and spilt seed on the floor has brought them in. I can’t imagine there’s a hole in my shed but will check that out to make sure. I’m now on the look-out for a humane trap. Sorry mouse folks, you’ve been served an eviction notice!

The potting shed got a tidy tonight in preparation for the potting up of young sweet pepper plants gifted for Father’s Day (OH enjoyed growing a chilli plant in the greenhouse last year so this is something different to try). It was during this tidy that signs of mice were seen. While the gardener was away, the mice were definitely playing!

The hedgehog feeding station has also attracted mice so I know they’ll be ok outside. Earlier, after OH potted up his sweet peppers (with my supervision) I carried a scoopful of my hedgehog food mix out. Occasionally there is a dinner waiting on service.

Tonight was one of these nights and my scoop met with resistance as I gently touched the hedgehog waiting in the corner. Not being able to see inside, I tipped the food gently to its side and left. A short while later this hedgehog dinner was heard munching away 🙂 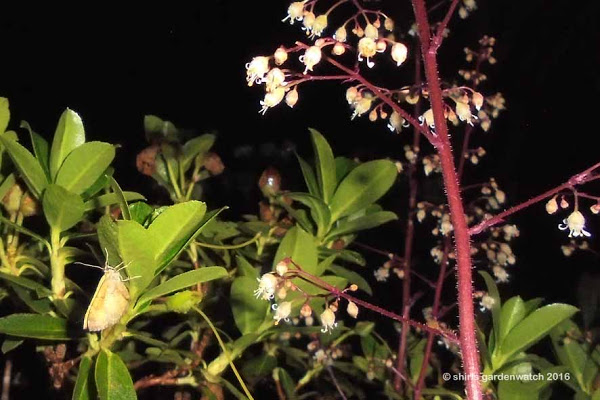 On the way back to the potting shed, a moth was spotted. It was a damp night with light rain and I didn’t expect to see any in flight. In the absence of many butterfly sightings in the garden throughout June, I had turned my attention to trying to get Moth photos instead. With just three nights to go, I was delighted to get one in. This had been one of the #30DaysWild challenges I had set myself. The other was getting a bat in flight.

Tonight I stood, hidden under my pergola, with my instant camera guessing times to press the button as bats used a favoured route. I have done this on a few other occasions in June. I really didn’t think I had caught anything but looked through the images anyway – despite being very close to midnight for getting images uploaded. Well, what a shock – I actually got one! You can see it in the centre of the image below. That’s two #30DaysWild ticks tonight 🙂 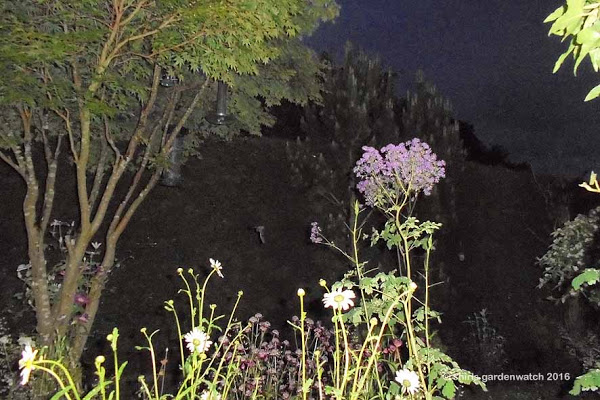 Another shock for #30DaysWild is that I have almost completed daily wildlife blogs for the whole month of June! Back on the 1st of June, I was thinking this was a challenge too far perhaps. I didn’t know if I could do it, but I liked the idea. I was also interested in seeing what real time daily blogs in June would turn up and it is great to have this garden record now 🙂