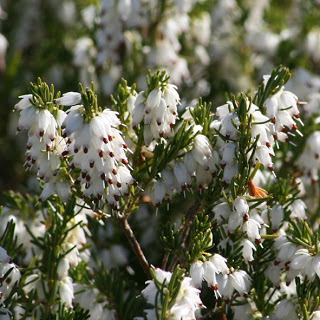 “The future of Cherrybank Gardens in Perth is set to be secured, six months after they were closed down.

The gardens house what is thought to be Europe’s largest heather collection but they were shut because of low visitor numbers and lack of funding.

More than 3,000 people signed a petition calling for them to be saved.

Operators Scotland’s Garden Trust (SGT) plans to transfer the running of the site to Perth and Kinross Leisure who will reopen the gardens to the public.

SGT had wanted to turn the site into a £40m national garden for Scotland.

Those plans had to be shelved after the lottery rejected its application for a £25m grant.

SGT felt that Cherrybank was not viable on its own, as only about 6,000 people visited last year, and decided to close the site in March.

However, garden maintenance has been going on since then in the hope they could one day open again.

Perth and Kinross Leisure has not yet set a date for the reopening but hope it will be “as soon as possible.”

However, the former visitor centre at the gardens will be sold off and there are plans to turn that into offices.

Bill Moyes from Perth and Kinross Leisure said: “Everyone is aware of the significance of the heather collections, it’s a collection of national and international significance.

“So the collection in itself was important, but I think equally important is just the general environs that the gardens have, it’s a very important location, it’s a fantastic and beautiful site, a site that I think was enjoyed by a lot of people, not only locally at that side of Perth, but I think visitors to the town and people from across the country.” “

Original posting on this date shown below:

A petition with over 3000 signatures in support of the gardens not closing was handed in to the local Council (Perth & Kinross).

Understandably there has been quite a public outcry over the planned closure of Bell’s Cherrybank Gardens which holds the National Collection of Heather. There has been a fair bit of press coverage too as you would expect coming from a variety of sources.

Let’s hope the light flurries of snow we have had will stay away and the temperature is a bit warmer on Monday. It would be great to see as many people as possible being able to attend this meeting which has been arranged by councillors from Perth and Kinross Council.

Once more my thoughts are with the team of people working from here as well as the loss of this garden and green space for Perth.