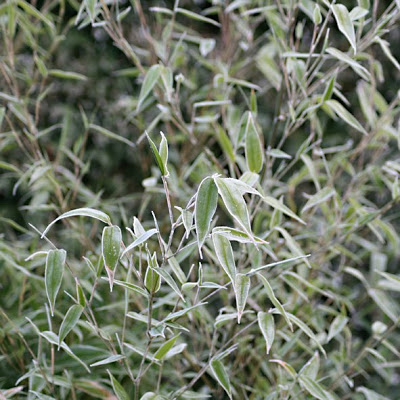 Two posts ago I mentioned ‘If I was to be stranded on Dessert Island… it would be a plant I would take! Mm… that might be a good subject for a posting – I may come back to that one.’ Well here we are and the initial one plant has become three and by gosh this was so much harder that I ever expected! Given the criteria ‘no limits to growing conditions whatsoever’ and with the assumption that food was on the Island this completely opened up the game. A plant from any country was now on the cards. Argh… too, too much choice!

Okay, seeing as this posting is acting as a host for others too I’ll try and keep mine fairly brief. My one plant was a complete no-brainer. It would be a foliage plant. A tactile one with height, movement and some sound as the wind gently blows through it. 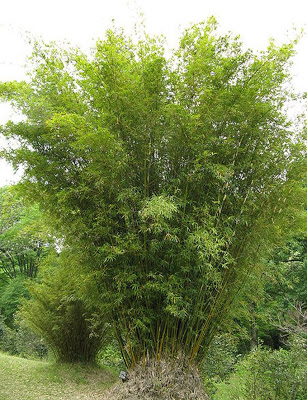 Choice number one is a Bamboo, a bambusa, the clump forming type of bamboo which is not usually invasive. I would take a large specimen and consider dividing it before planting it. Above you can see some frosted leaves on one from my garden and a specimen courtesy of Wikipedia. 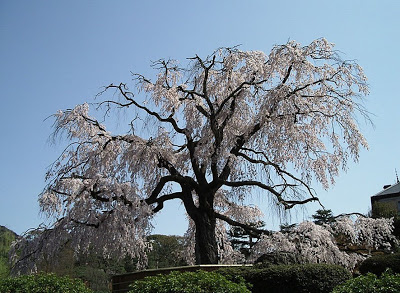 Plant number two had to be a tree. I love large trees but there is just no way my small garden could ever support one. A Desert Island could so… after a great deal of deliberation there was only one choice. I would have a huge, mature, weeping cherry tree. Ah… dripping with blossom and filling the air with its scent – just wonderful.

Next, my thoughts went to flowers on the ground. Oh my… I went round and round the houses on this one. So many books were opened here. This is where I really struggled! Mail came in saying other bloggers were going to take part and let’s just say panic set in. However, ground cover was my first thoughts for this one and my first love of alpines kicked in. However, on browsing I discovered something that really caught my eye and I started thinking about wild flowers. Before I give you my final selection I would like to share something else with you. 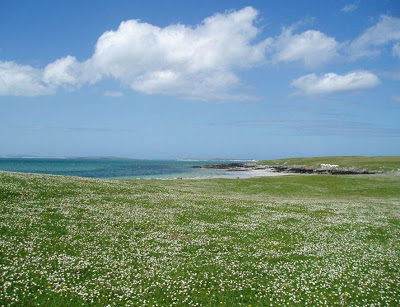 The photo above doesn’t look that exciting perhaps at first glance but this is the Machair on Berneray in the Outer Hebrides of Scotland. Reading from Wikipedia where I found the image above: ‘Machairs have received considerable ecological and conservational attention, chiefly because of their unique ecosystems. They can house rare carpet flowers, such as Irish Lady’s Tresses, orchids and Yellow Rattle along with a diverse array of bird species including the corn crake, twite, dunlin, redshank and ringed plover, as well as rare insects such as the northern colletes bee. Some machairs are threatened by erosion caused by rising sea levels as well as by recreational use of vicinity beaches.’ Notice there are no trees.

My searching then took to me to rare wild flowers for a while but I decided just one wouldn’t be enough. My Desert Island couldn’t have its own Machair as that would be cheating and my tree and bamboo would spoil its habitat. However, just imagine a Machair with wild flowers from all over the world. Now wouldn’t that be something!

Small simple flowers have always won me over. So, so many stuning flowers in the world and I have chosen a very simple plant. Also, its one I can’t grow succesfully outdoors in my own garden despite following all the advised planting methods. Ah… but any plant will grow in this Desert Island! 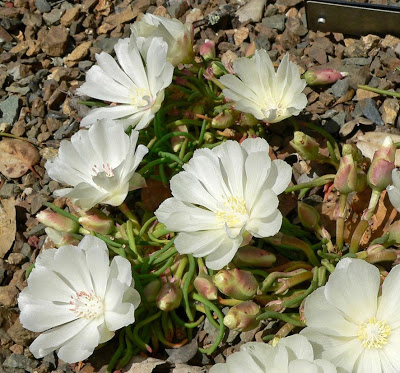 The third plant to come with me to this Desert Island would be a Lewisia, not one that shouts out with a rainbow of colours either. To me, rediviva, the one above has beauty on a whole different level. I would never tire of plants like this. What a picture this would be spreading around the Island. My picture is complete and I am eager to see what everyone else has chosen so I won’t keep you any longer!

Very quickly, I would like to say a huge thank-you to everyone who has helped pass around the word with this. Thanks too, if you have posted. I do love postings like this. If you’d like to add the link of your posting below we can all pop by to see your choices. Another option is to leave a comment if you don’t have a blog or don’t have time to post. We’d all love to hear about them. Although this has been hard it has defintiely been fun – I hope you’ve enjoyed it too.

Just one final thing. I’ll keep this posting up right through the weekend for anyone still wishing to join in. I’ll do my bird count posting on Monday evening.

Update March 2011: I’ve reopened the Island! It is looking quite stunning now 😉 New plants are welcome… if you’d like to jump aboard 😀

This post was written by shirl for shirls gardenwatch. All photos above with the exception of the first one were taken from Wikipedia and all licences can be seen via the links given.