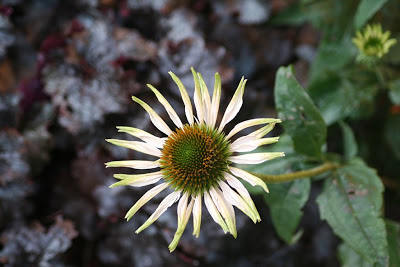 Time waits for no man/woman and nor do the plants! The season is marching swiftly on and I have been a tad amiss in recording the flowers of my garden recently. Late this afternoon I thought I’d rectify this with some of the plants that caught my eye…. 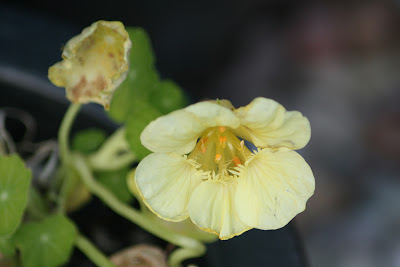 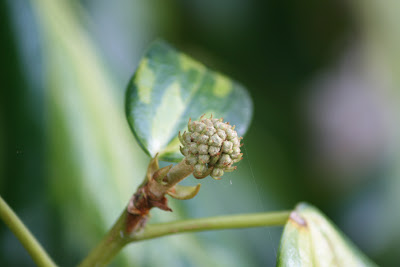 It seems forever since I’ve wandered around the garden with camera in hand searching out flowers. I missed Bloom Day last month and had seriously considered posting an update at the end of the month but that came and went too! 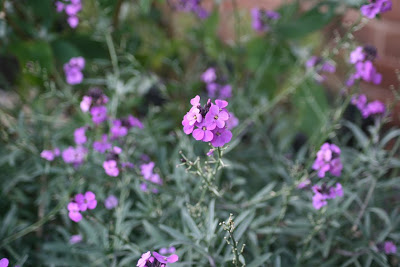 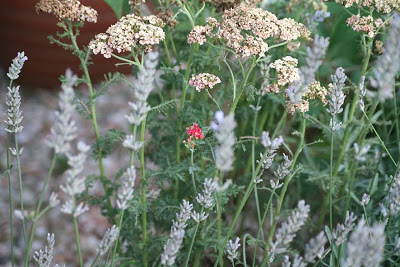 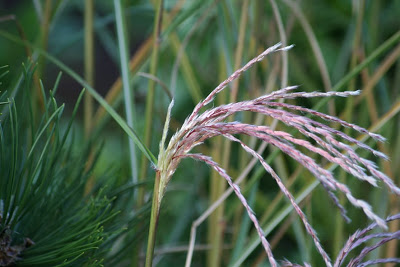 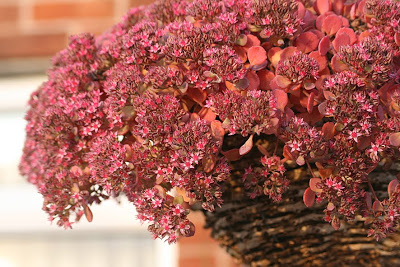 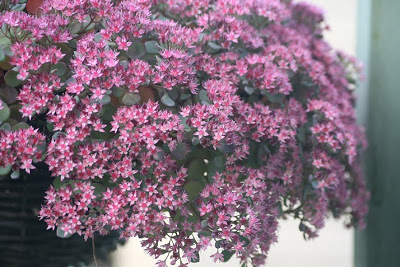 Sedum Rose carpet catching the late evening sun at my front door where a basket at my shady back door is further behind in seasonal growth. 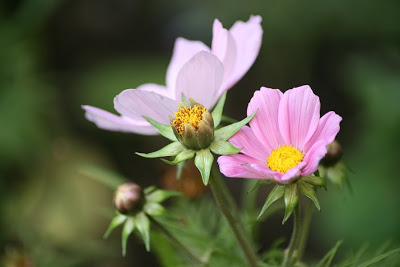 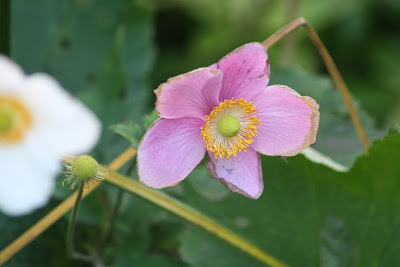 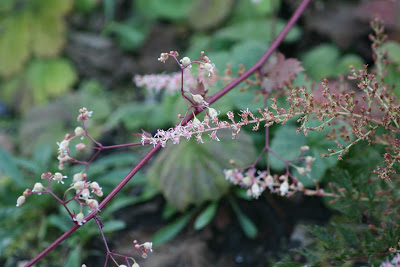 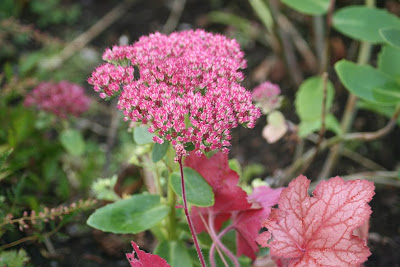 Catching glimpses of birds at this time of year can be tricky where there are lots of shrubs. However, a new bird feeder with peanuts hanging on a higher tree branch appears to be bringing in more blue, great and coal tits. They are much easier to spot darting around from feeder to feeder too.

It also seems forever since I’ve last done a Sunday morning bird count… and it has been! Trouble is I can’t see all the birds from my window just now. It’s been ages since I’ve stood outside trying to get bird photos too… I must rectify that soon before it gets much colder. 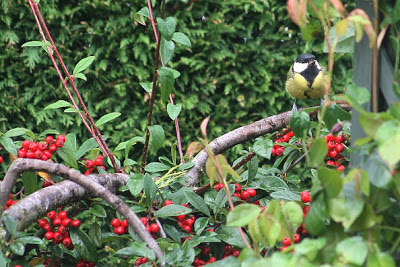 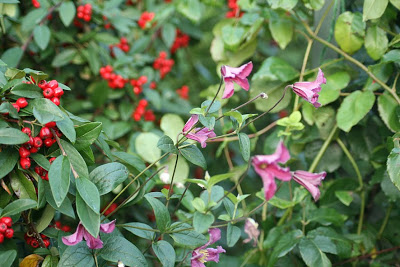 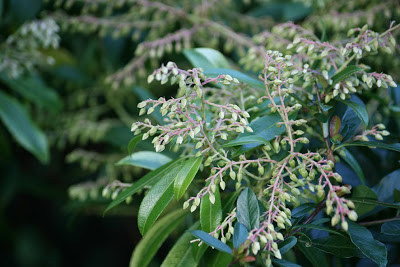 Cotoneaster berries soon will disappear after blackbirds have finished the rowan tree ones, clematis (must find label), pieris blossom buds.

Tick tock, tick tock and the clock is running towards hibernation for our hedgehog friends too. As it’s getting noticeably cooler in the evenings I opened up our hedgehog house earlier this evening and added a little more hay after checking through the camera that no hog was inside. 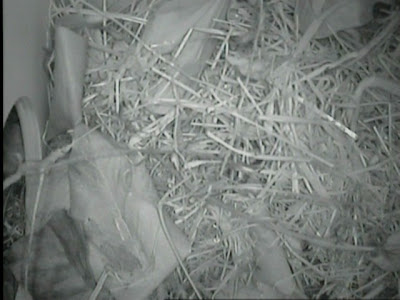 Catching glimpses of hogs inside this house hasn’t been happening either. I don’t watch every night but as the mealworms from outside the house have not been eaten for a number of days. I’d guess our original hog hasn’t been visiting. That is a pity.

Tonight I did notice that the mealworms have finally gone so either another hog has finally found them or birds have. I’m hoping the new layer of hay might attract another hog to stay a while if it wanders in. I added some new dried mealworms along the inside corridor and really hoped that I’d be able to share some action as I wrote this posting but alas no joy tonight. 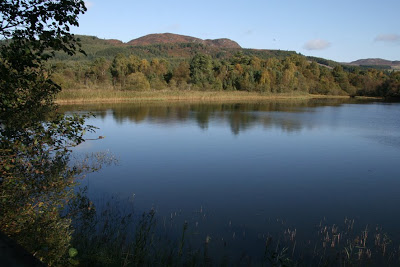 Tick tock, tick tock and the school year is marching on here in Scotland too with the first term completed already. The schools are off in our area (but not all areas of Scotland) for two weeks now. This is a big school year for my daughter as she will sit her Highers next May… so some study will be on the agenda over the hols!

A few days out are also on the cards too and this morning we had a very pleasant early Sunday morning drive up to SNH Wildlife Reserve Loch of the Lowes, The car park was quiet as we arrived not long after it opened and we had one of the hides to ourselves where we enjoyed this wonderfully tranquil setting with a coffee/hot choc to keep us warm!

Mm… tick tock, tick tock…. it’s getting a tad late now to be sitting here. Let’s just say I’ve put the clock back a little! I suspect I’m not the only blogger to do this either. Night night and wishing you a very happy Monday 😀

All photos above were taken on October 4th 2009.