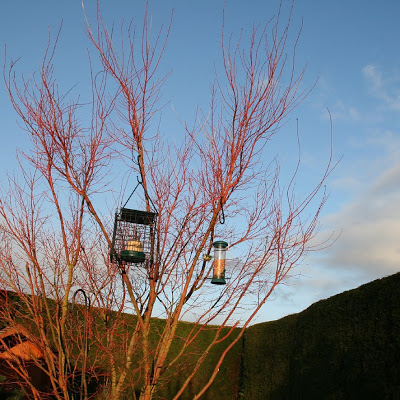 Blogs with a plant, bird and wildlife mix can have their seasons where postings will favour one over the other. Redressing the balance away from the birds and towards the garden and plants again I thought I’d join Helen with an end of the month garden update.

Coral branches of Acer palmatum Sango Kaku which look brilliant around 9am.
The photo above looks like January is ending with a lovely Spring morning. The truth is hidden though… below these wonderful sunlit branches there’s an overnight dusting of snow. That was a surprise this morning! I headed out with my camera to see what caught my eye… 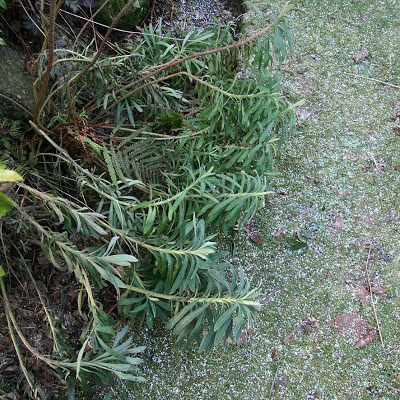 Euphorbia stems fallen to the ground… will they pick up again? 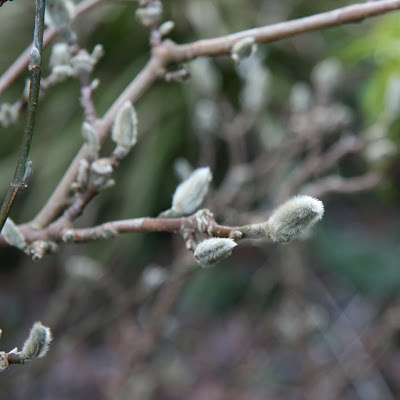 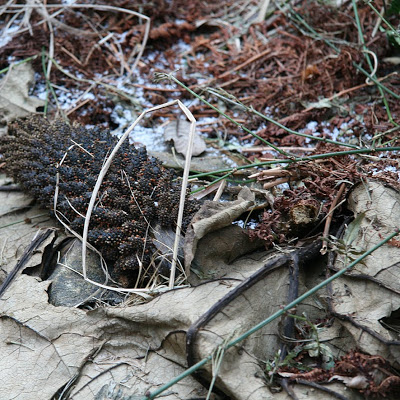 Gunnera spikes fallen to ground… will this plant have survived this year’s colder temps of January? 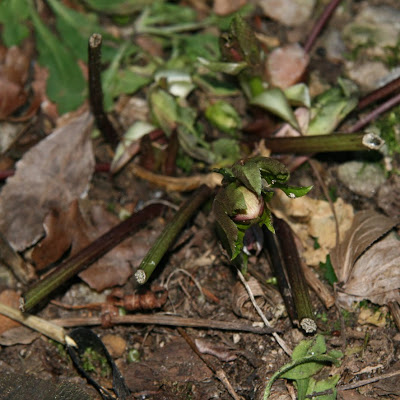 First Hellebore flower buds… perhaps I shouldn’t have cut down the foliage. 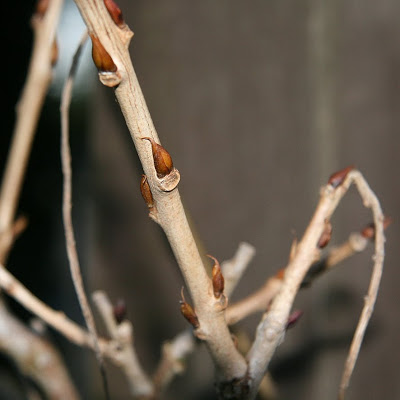 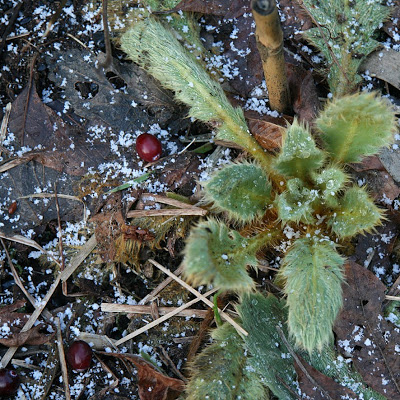 Young meconopsis plants…. either red or yellow flowers but not expected this year. Didn’t expect them to keep their foliage throughout winter… have a blue variety close by that doesn’t. Fav plant of the day 😀

It’s probably a good reflection of January to end it with cold and snow seeing as most of the month has seen very cold temps and heavy snowfall.

This morning at just after 9am I went out for a little while to capture the garden with my video camera. The film below shows how the panning movement doesn’t process as well on upload giving boxed pixels with green and grey especially. It also shows how the wind can make processing difficult too both with picture and sound.

Music has been added to this film as the wind noise was spoiling it but cutting the sound out completely would lose the bird song in the background. I tried to make a compromise. However, despite this I do feel it captures the garden well enough and will be great to look back on at the end of February.

Look out for the new pond area where work came to a standstill before Christmas. You’ll also spot a sledge behind my garden gate that I past as I went from my back garden into the front… the strong wind blew it over. You’ll also notice the snow came on during filming!!

Okay, it’s late and I’ve chatted on way too much for you this week. So I’ll not keep you any longer. I’ll just end with a brief reminder again of the RSPB Big Garden Birdwatch in the UK this weekend… see here for details. Have fun if you join in!

Wishing you all a great weekend 😀

All photos and video shown above were taken in my garden by me on January 29th 2010.