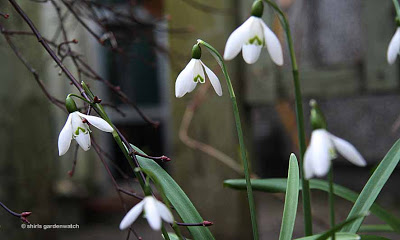 Can you believe it? March is almost done! You’ll see in the video and photos below that despite odd cold spells, the second half of the month has had many sunny blue sky days too. Activity in the garden (by plants and visitors) has gone up a notch or too with the warm sunshine.

Today, we’ve seen the start of the rain forecasted. If it lasts a few days as suggested then our plants will put on wonderful flourishes of new foliage and growth. Being honest, I find myself smiling more at the new growth with the anticipation of what’s to come. I’d guess I’m not alone there.

For those new to my blog, I don’t usually cover the month in the way I have this month, with March. It’s just the way it’s worked out this time. I’ve not been as busy in the garden as I would have liked too but with longer hours of daylight my gardening year is about to really kick off.

Yesterday morning, I saw the first signs of nest building from my garden as a female Blackbird went away with material from the base of my Brunnera Jack Frost plant. I noticed one take it from there last year too. Let’s have a quick reminder of mid-end March to look back on….


Note there is light background music with this video.

For those not able to watch the video
it began with the female blackbird and her beakful of material. Then we’ve a pair of blue tits visiting our new nestbox (although they didn’t go in), a Collared Dove sunning itself on a windy branch (a pair are regularly visiting just now), a Song thrush taking a break in the open on top of my Leylandii hedge and then we end with crocus sunshine faces (growing in my lawn) waving in the breeze.

Let’s move on to what else has caught my eye in the last two weeks. The crocus, I just had to include as their time is almost over 🙁

I love to photograph the crocus and we have really enjoyed the colour they have brought to the garden. Being a gardener that always has plants on the move my decision to plant them in informal drifts in my lawn was one of my better ideas!

Snowdrops still in flower near my back door. Acer leaf buds forming.
Blue tits food at the buds, they are regularly visiting them. 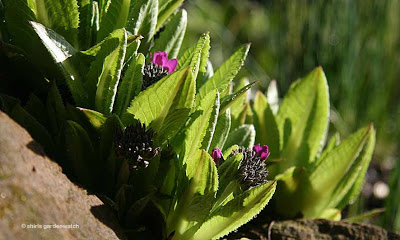 Drumstick Primulas catch the early morning sunshine.
Many are fully out now but I love this stage. 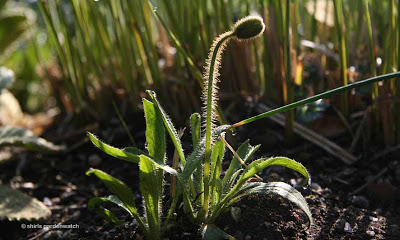 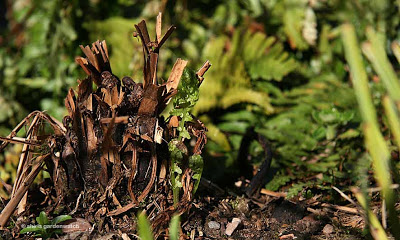 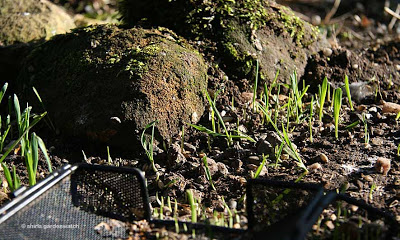 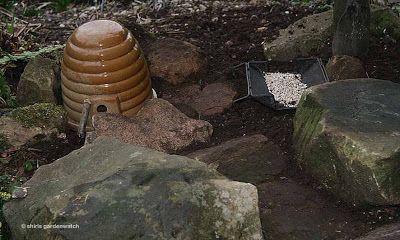 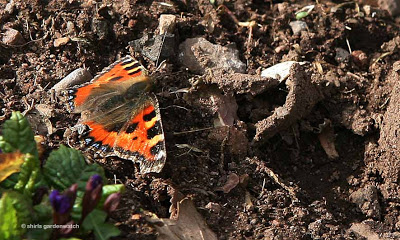 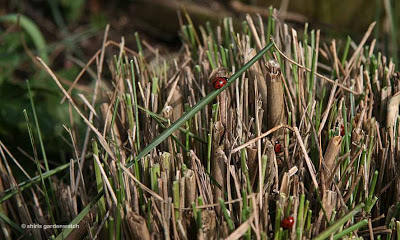 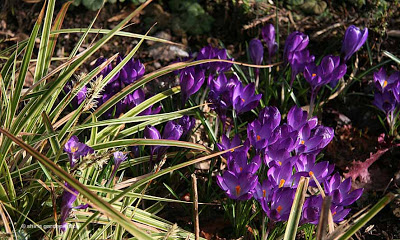 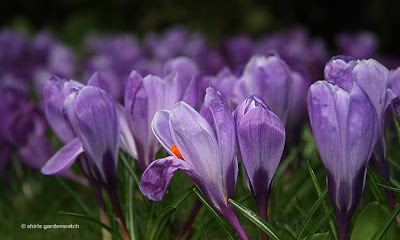 Colourful mass planting of crocus in lawn. A hedgehog’s view…
no sightings of hogs this year. Food out, watching night cam. 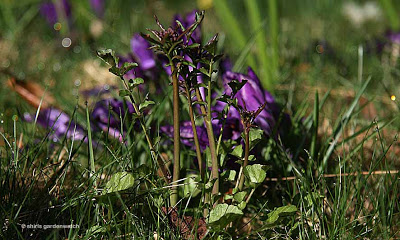 The crocus bow out in the lawn, can’t wait for this to flower now!
Thrilled to have the cuckoo flower in my lawn… so excited! 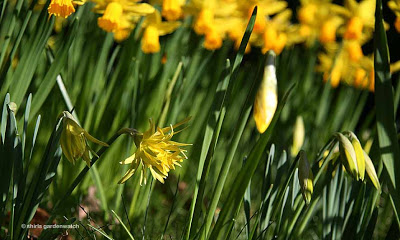 Small variety of narcissi replace the crocus in my lawn.
Soon cuckoo flower will open then Fritillaries. Love this area. 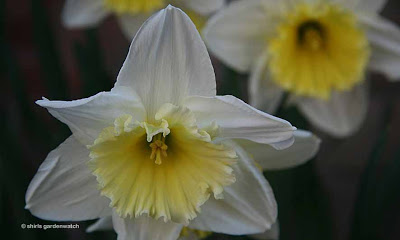 Stunning out of the sun too… Ice Follies.

So why the ‘Oops’ with the Brunnera? If you look closely above you’ll see (after being lifted last autumn) it still hasn’t been divided and planted. Out of the ground this past cold winter… this plant definitely deserves its AGM (Award of Garden Merit) by the RHS! Respect to you, Jack Frost. I’ll get you planted later tonight 🙂

Respect also has to go to the oldest known UK breeding female Osprey who has just returned to her nest in Scotland for the 21st consecutive year. However, the SWT Reserve near Dunkeld in Perthshire looks like it is set for interesting speculation already. Two other Ospreys have also arrived. If one’s a female… the story begins.

Wishing everyone following the story of the ‘Lady’ at Loch of the Lowes much to see this coming breeding season. Here’s hoping she holds on to her nest for one more year and has a successful brood 🙂

Wishing everyone else enjoyment in your gardens and getting outdoors when you can. This really is a great time of year. What have your March favourite bits been? What are you enjoying in your garden right now?

10 thoughts on “Almost there”