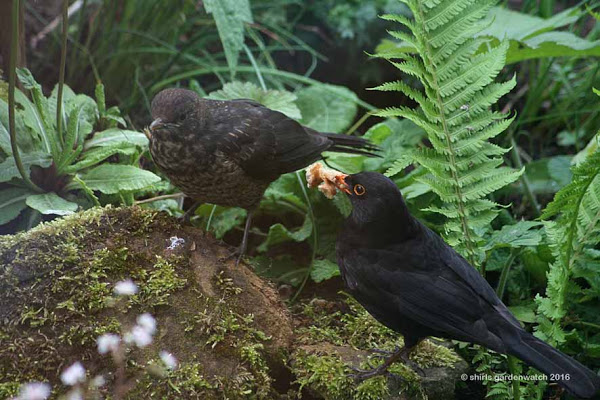 The success was that there were actually birds in the garden to count during my one hour by the window for the RSPB Big Garden Birdwatch this morning! I had no expectations when I began, given the very quiet feeders due to the frequency of recent Sparrowhawk visits. Also, as many bloggers will report, when it comes to this particular counting hour the birds usually have a garden break – so this was a proper turnaround 🙂

Given the small trees, tall plants and structures in my garden, the Sparrowhawk has some serious manoeuvring to do. Some plants in pots have been deliberately put in his way too. He uses a variety of routes through the garden but the most recent has him flying along the length of my gardenwatching window just missing the glass and no more. I cannot deny he is very impressive in flight. I also cannot deny I am happy he had a garden break today.

Male Blackbird feeding newly fledged chick. Image taken May 18th, 2014.
I’ve noticed that the parents will take bread over seed if both available.

Taking the Sparrowhawk out of the equation, how did the birdwatch count go? Well, I’m delighted to report that the Blackbird took top spot in my garden. I really am. Sadly, this is the bird I most often see the Sparrowhawk feed on in my garden. I’m guessing there must be healthy population in the area which is the positive side to this. Today’s count was taken between 10:30am and 11:30am. 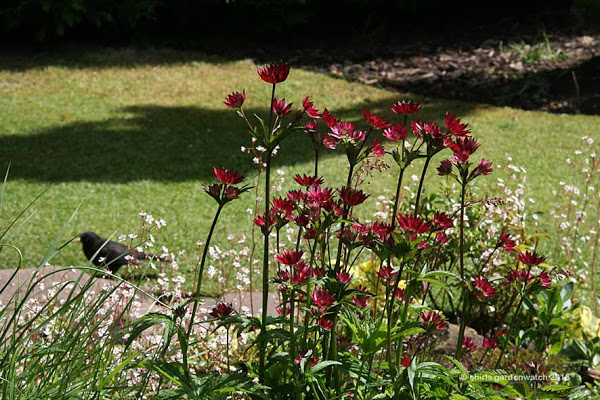 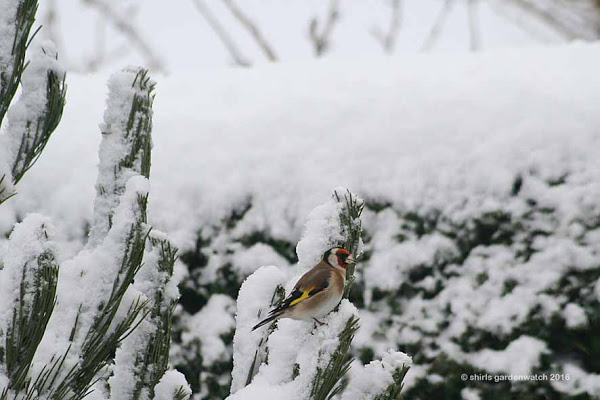 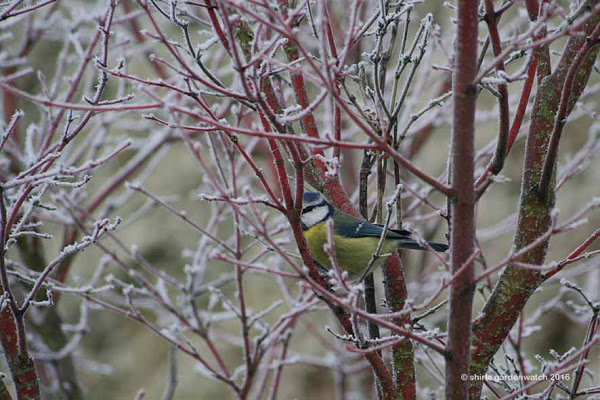 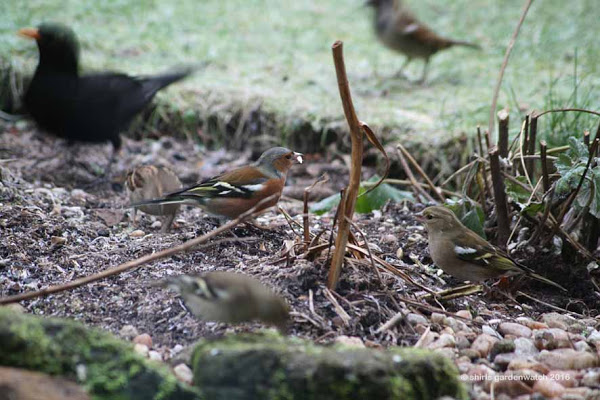 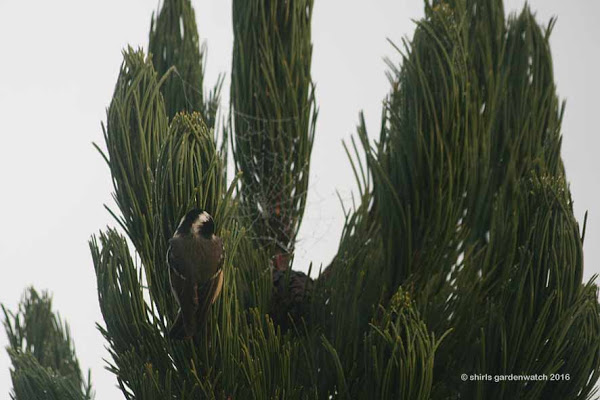 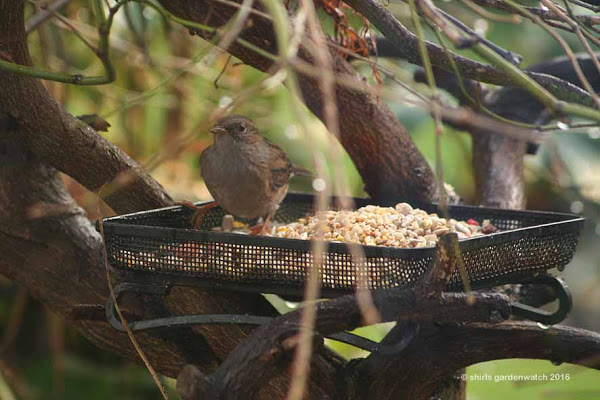 1x DUNNOCK (forages under hedge). Image taken November 9th, 2008.
Known as a shy ground feeder but will visit bird tables for seeds too 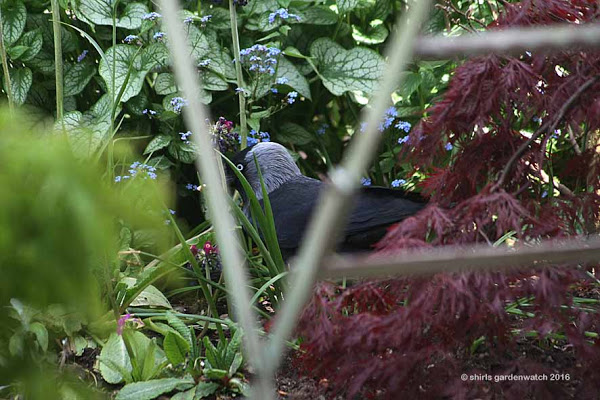 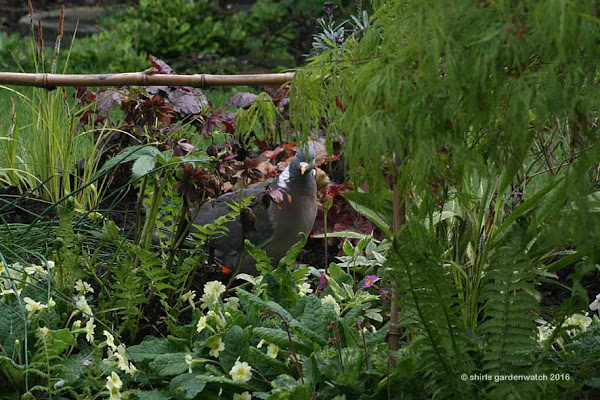 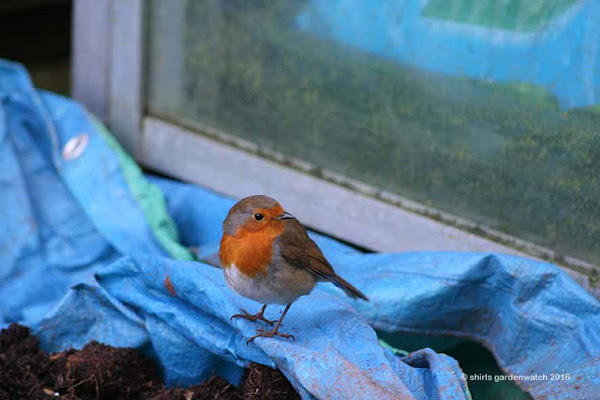 So to summarise, that’s 20 birds in total counted over 9 different species. Is that a true reflection of regular garden visitors? Species wise not too bad. Numbers wise, definitely could be more – especially with the Coal tits who are always buzzing about. Also there are currently two regular Blue tit and Great tit pairs and as per usual the fight for renting the camera nestbox will be between this two species.

Chaffinches were noticeably missing this year which is a first as they usually battle it out with the Blackbirds for top spot here. I’m pretty certain the weather will have had an impact on numbers this year. Here, Chaffinches come to the garden in good numbers with cold and snow but we had very strong winds with our snow on Saturday and today wasn’t quite so cold.

It’s very late as I post this tonight, I’ll get to blog browsing tomorrow to see other birdwatch results. I wonder if 2016 will show a quite different top ten bird species here in the UK. The results of the RSPB Big Garden Birdwatch are usually out in mid to late March so we will have to wait until then. Meantime, we need to remember to submit our results by the deadline (need to research website further for that) and a fuller picture of the UK’s bird population can be made.

10 thoughts on “Success for the 2016 Garden Birdwatch”