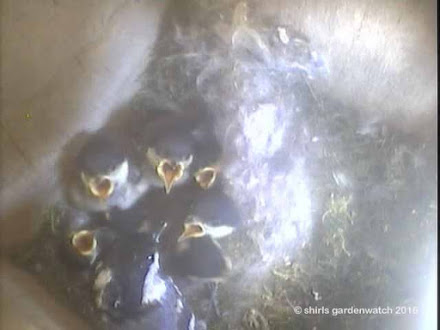 It’s nearly time to say goodbye. Our seven Coal tit chicks have been home alone a few nights and that’s one sign. Looking at the time frame, the first chicks to hatch are 15 days old today (the rest 14 days). The suggested number of days to fledge is between 16-19 days so we are most likely going to have an empty nest box by the end of the weekend.

That last stage in growth seems to happen so quickly, just as we are getting used to seeing proper little birds too. This morning, it was breakfast by the monitor to enjoy these little characters of birds for as long as possible. There has been some wing flapping and plenty of wing stretches but not as much as I might expect to see if they were going tomorrow. I think they need to grow a bit bigger too, it’s absolutely amazing how quickly that can happen in just one day.

The chicks haven’t been wandering around the top of the nest exploring either (when I’ve been looking anyway) so I’m guessing they haven’t been peeking out the entrance hole. So fingers crossed, we’ll get to see them for a few more days. Just in case we don’t, here’s a short clip from today with both parents feeding plus a few image captures too.

Turn up the volume on your speakers to hear the chicks 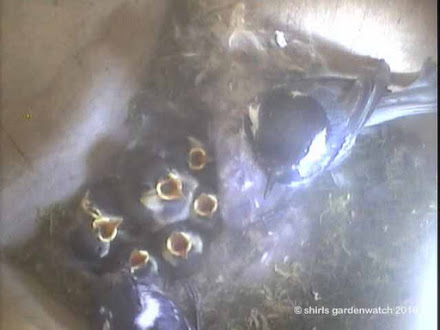 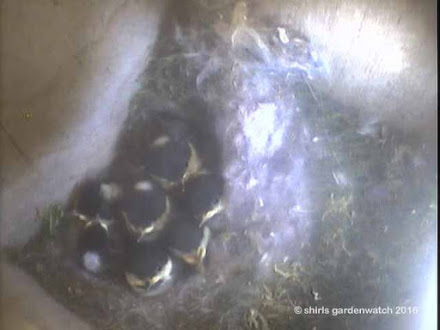 The rows of heads are always a favourite of mine 🙂