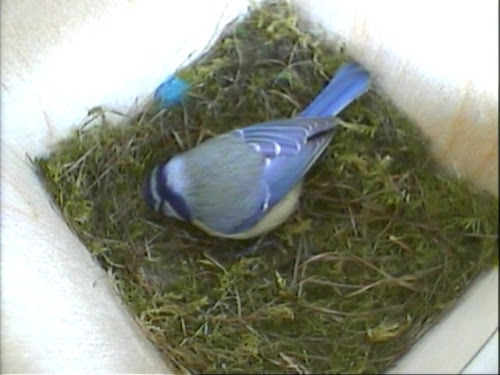 Sorry, no eggs to report yet – I think we are close though. Our Blue Tit female is still very busy with her nest which is definitely developing. As I type this now she is in fine tuning things. She is starting to bring odd feathers in now. It is becoming quite a work of art! The pictures below show progress over the last two days.

Blue tit in a hurry, video 0:22 with background music, try 480p quality.
Thursday morning, 9.22am, it looks like she has decided where the cup of the nest is to be. She continues to work at this area. Today she spends a lot of time taking material from the nesting egg which takes quite an effort – the video above shows her fall in. Never mind, she is being rewarded by the male who comes with food, every now and again, to the branches of the tree where the nesting egg is. 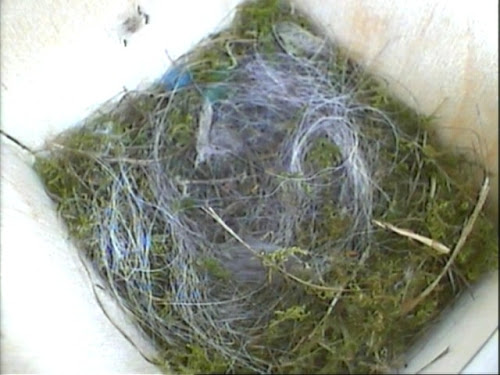 Friday morning, 9.25. I love this picture if it were an art piece it could perhaps be titled ‘Turmoil’. The cup is still visible but this new top layer looks like she almost weaves it when she brings it in. 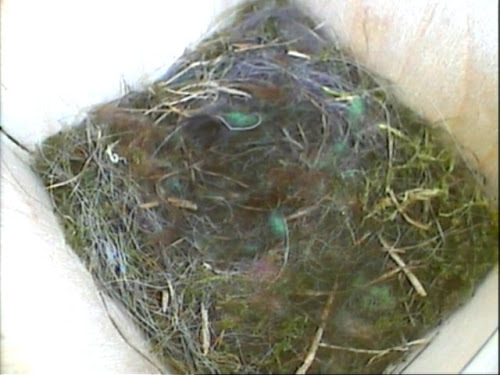 Friday afternoon, 2.57pm, the nest cup now looks like it is being lined with fluffy stuff again. This is not the first layer of the soft stuff to go in. 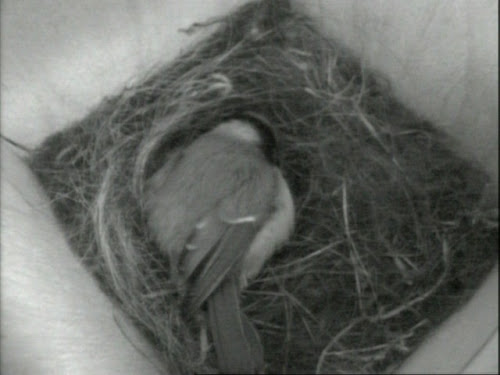 Friday evening, 8.20pm, and she is still fussing about at the nestcup. We also noticed that her breathing was unusually fast. She took a while to settle. It looked like she couldn’t get comfortable again. Yes, we thought, could we see an egg in the morning? 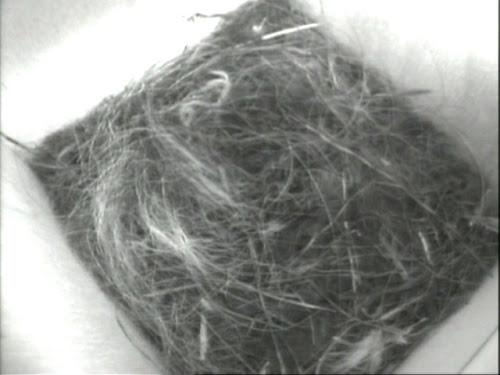 This morning, 6.11am, no egg. I understand from other sites that they are usually laid one per day and a day can be skipped. They are laid early in the morning so, as I thought this could be the day, I got up early to see the action myself. I watched from 5.35am and the box was empty – she was up earlier than me! I was patient and watched a while longer just in case she was out getting food for energy. She didn’t appear so I went back to bed. I need energy too – I’ve a busy day in the garden planned.

The last pic shows the nest as I publish this post. I wonder how it will look tomorrow. 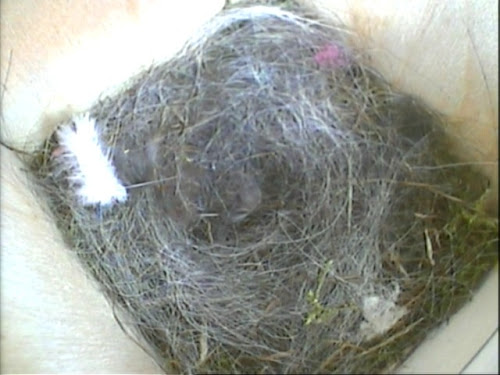