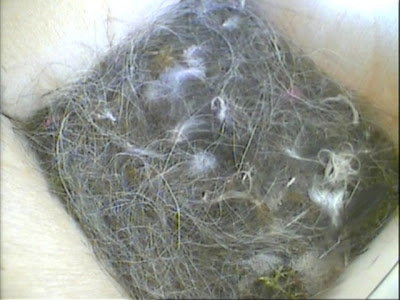 We have our first egg in our Camera Nestbox! What a surprise this morning. I only had a brief glimpse of it, in the centre of the picture below, before our female Blue Tit tried to hide it.

Unusually she was sitting in the nest cup when I switched the PC on just before 7.30am this morning. She was still all puffed up just as she is before going to sleep. Her breathing was a little fast. She pulled the material towards her and it was only then that I became suspicious. She got up and then almost concealed the nest cup as you will see in the pictures below.

I didn’t see the male come in with food for her so perhaps he had already been. She appeared to be having a well deserved rest before going out for the day. She then left taking a piece of nesting material with her – that wasn’t unusual! 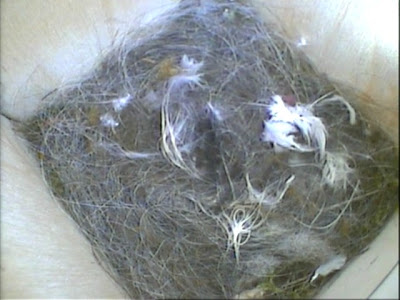 How many will she lay? That will be the next question.