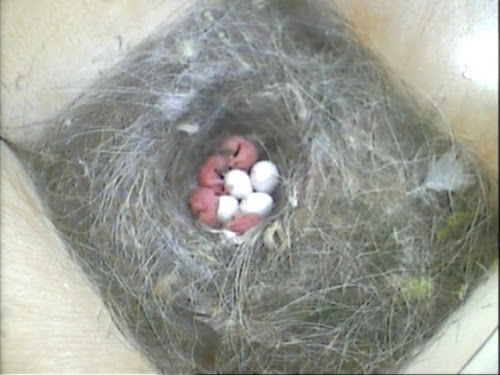 Well what a surprise greeted me this morning when I switched on my PC and looked in on the Nestbox. The female was sitting in the nest cup and as she moved a little I spotted a brief flash of pink. I instantly thought we had our first chick and I missed it hatch!

The female settled down again in the nest cup and did her jiggle thing turning the eggs with her feet as she has done many times. She settled for a brief while – and I was willing her to get up to see the chick! She finally did and when the whole nest cup was visible I had an even bigger surprise! 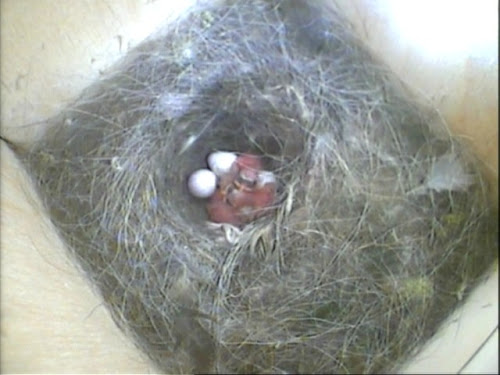 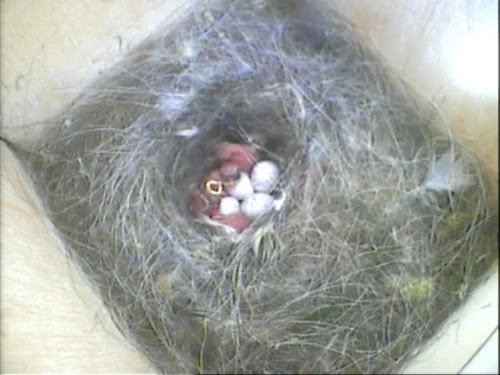 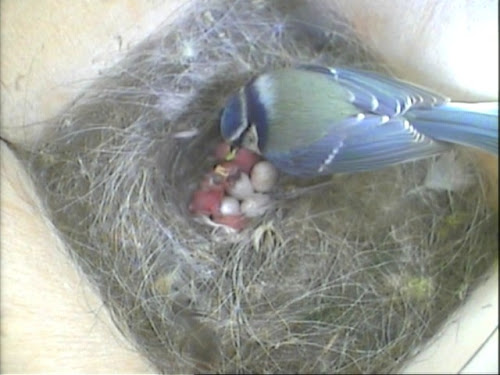 Four chicks were in the nest cup – my first thought was where did they come from? Of course I know the answer to that – but when and how did we miss them? I expected one to hatch per day perhaps. I saw the eggs yesterday morning and her in the nest cup. I was busy in my garden in the afternoon but any time I looked in the box she was sitting sleeping or turning the eggs – noting appeared any different.

The weather was sunny and warm yesterday afternoon and early evening. This morning we have blue sky and sunshine – at the moment out Nestbox will be catching the warmth of the sun. It was positioned to get early morning sunshine and to avoid the sun later so it didn’t overheat. Perhaps this change of temperature has helped the hatching – I really cannot believe we have so many chicks so quickly!

Number five hatched as I began typing this! I wondered what was happening when the female was taking particular interest in one of the eggs instead of the chicks. Then I noticed a crack and it moving a little. She eventually pulled a piece of shell away to help the chick get out. We then watched as she ate this piece of shell. Eventually the chick broke completely free and she removed the rest of the shell from the nest. 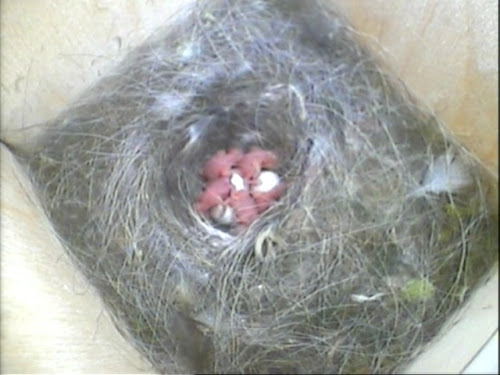 The male has been very busy this morning bringing in caterpillars to the female who then feeds the chicks with them. She has also left the nest and comes back with food too. Funnily enough the male doesn’t always come in with the food if she is not there. I hear him calling at the entrance then he flies away! 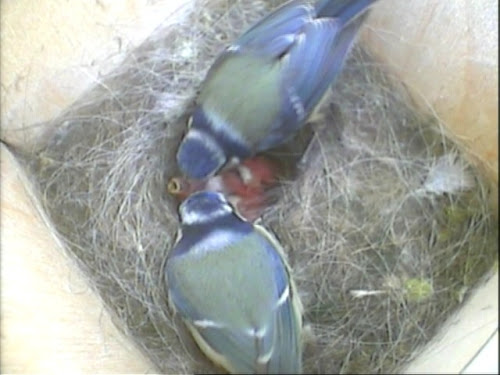 How fascinating this is to watch but I must leave it for a while. I will post more photos and some video footage when I get good clear shots.