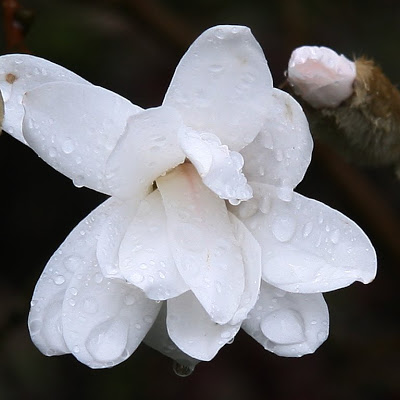 Magnolia generously displaying flowers after recently being moved. Clicking on photos will enlarge them. 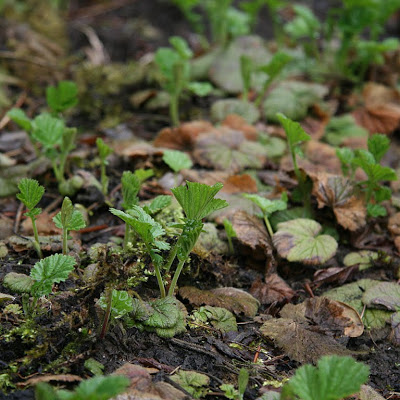 New growth from a Geum. I love to see plants start anew. 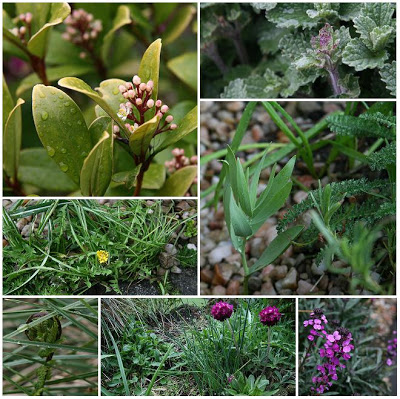 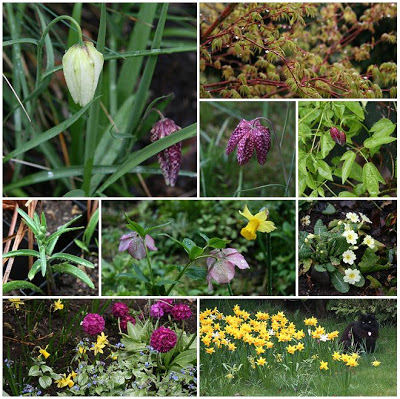 Fritillaries, Hellebores, Acers and Primroses moving along nicely in my my more shaded back garden. Brunnera leaves are getting larger each day and soon the narcissi in my lawn will be gone. The Fritillaries there will last a little longer yet. Yep… and cat visits are lasting a little longer now too as birds chatter louder and louder.

Okay, I have to admit Edmund did look rather handsome next to my narcissi. A neighbour’s cat, he does enjoy many sunny spots in my garden. Although he has got competition for these spots from a few other cats including a very young ginger one which is a bit too bold near the bird feeders for my liking. 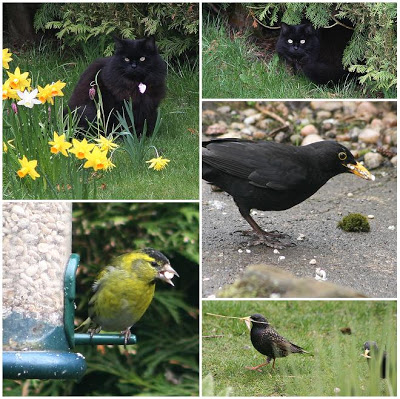 On Sunday, Edmund did have a lot to see. The rain brought in groups of chattering Siskins to the (newly filled with sunflower heart) feeders. Where on the ground there were lots going on too. Starlings were running around in pairs collecting nesting material. Moving along from this stage Blackbirds are already feeding chicks by the beakfuls of sunflower hearts spotted leaving my garden.

Out of sight from Edmund and other cats our Blue tit female has continued to work on her nest in our camera nestbox. The montage below shows some progress shots starting with Thursday night. Things really are moving along nicely there now. 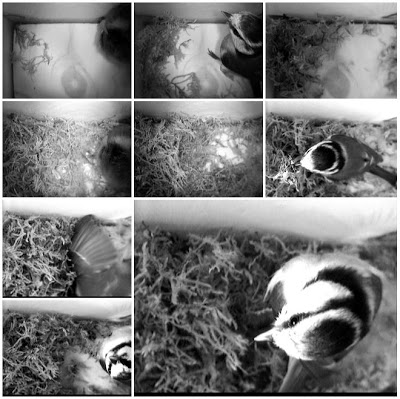 Let’s take a look at her in action at lunchtime today performing a number of nesting shuffles to form the nestcup of the nest. You can see in the video below that the front of the nest (LHS) is quite thick now and very bouncy.

There is some light background music in the video. The ocassional bright white fill in the picture is when the Blue tit is at the entrance hole and the infra red camera is adjusting to light levels changing.

For those that can’t view the video you can see that this lady is a tad interested in the camera too. She does seem curious about it and can often be seen jumping out of sight towards it. She must be gripping to an edge there somewhere as she then will appear near the entrance hole which is on the LHS of the images. 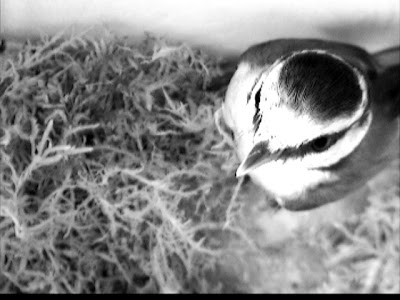 Mm… now the image below might be a little worrying. This was taken this evening… oh dear she isn’t roosting tonight! Now, I have heard that birds can build more than one nest. Has she built two perhaps? 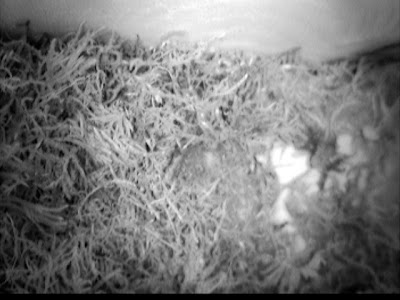 Sticking my neck out here, I’d say she’ll be back to this one. She has worked hard on it in a short space of time. I’d say she’s in a hurry. Previous nestbox stories from my garden have both had a night with an empty box after the nest build has begun. Here’s hoping she’ll return to roost here again tomorrow night.

The garden photos above were all taken on April 25th 2010. The nestbox photos have been taken between April 22nd – 26th. The video shown above was taken on April 26th 2010.

8 thoughts on “Moving along nicely”