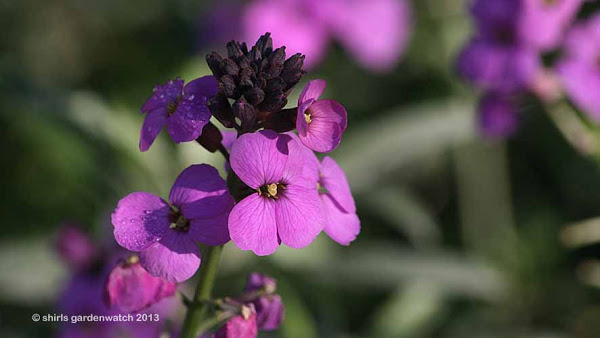 It might be assumed that by having an Allium flower for my profile picture throughout blogland, YouTube, garden, bird & wildlife forums that it would be my plant choice when joining other bloggers with some fun nominations ahead of this year’s RHS Chelsea Centenary Show’s picks for a ‘Plant of the Centenary’. Being honest, I had never heard about this until Veg Plotting mentioned it last week…

”There’s plenty of beavering away happening with the special preparations required for this year’s RHS Chelsea Centenary Show. These include Roy Lancaster and his crack team of experts pondering and cogitating over their shortlist of nominations for ‘Plant of the Centenary’. They have the task of selecting just one plant introduced per decade the show’s been running. These will be exhibited in the Great Pavilion in a similar way to ‘Plant of the Show’ in previous years. ”

I instantly knew which plant would be my choice! Pre blog this one wouldn’t even have been in the running but those who read my garden blog prequel will understand why it is now. My nomination for Plant of the Centenary is… 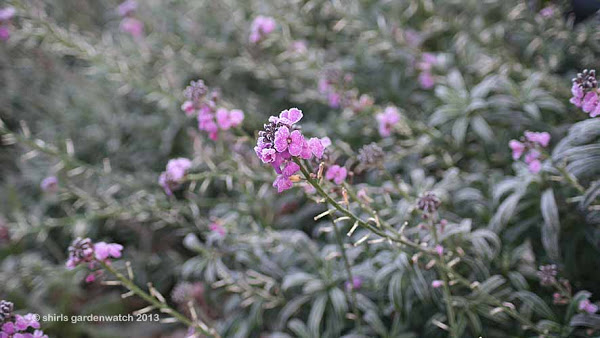 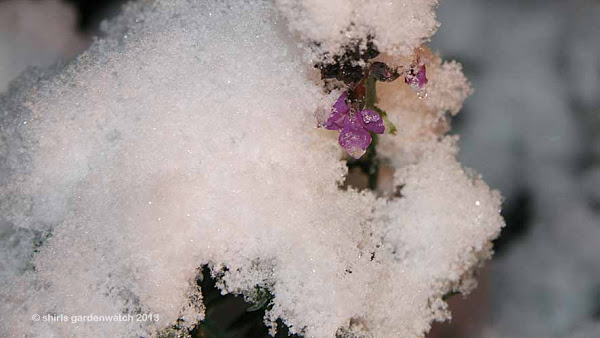 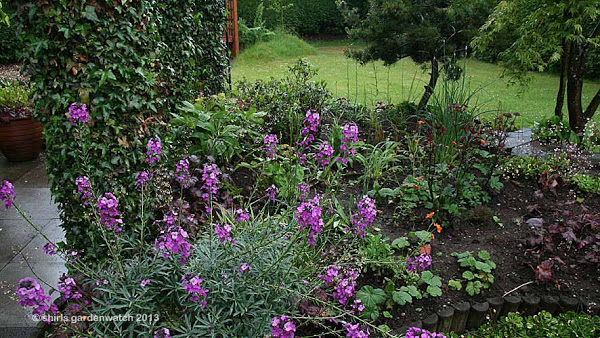 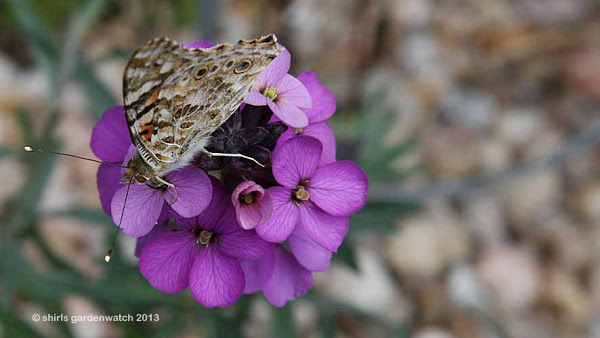 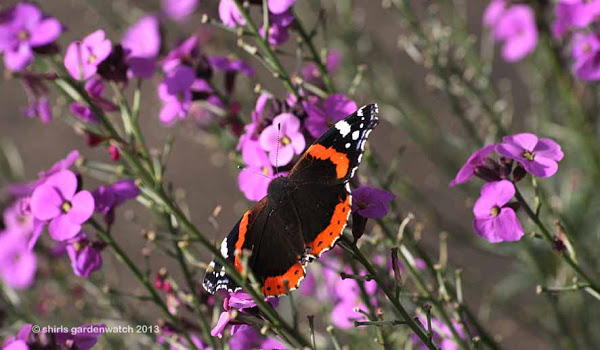 Having such a long flowering period makes Erysimum ‘Bowles’ Mauve a great garden pick for the gardener with the added bonus of being good for wildlife too. Since blogging I’ve become aware of how valuable our plant choices can be for wildlife and how we need to do all we can to help species in decline. In real terms, in looking after bees and butterflies we are looking after our planet.

We need bees, which also feed on Erysimum ‘Bowles’ Mauve, to pollinate our food crops which is probably fairly widely known. However, pre blog I had no idea that data from butterfly surveys could help scientists in their quest for understanding the rate of climate change. Butterflies are responding in changes to our weather and it is now known that they are moving north.

Okay, so I’ve only one tiny reservation in my plant choice and that is that Erysimum is not native to the UK (I’m certain some natives will be in the choices from the RHS) but that’s all. It’s not an invasive species but is a species fairly drought tolerant so they tick more boxes for me.

I have been reading that Erysimum ‘Bowles’ Mauve only lasts for a few years and that heeled softwood cuttings taken in Spring or Summer would be a good investment to keep this plant going in the garden. I haven’t tried that yet. I’ve had my first plant a few years now and its faced some pretty cold winters so the claim of fully hardy down to -15 deg C holds plus perhaps a little colder. Again, that all gets more Brownie points from me 🙂

So that’s my nomination chat for Erysimum ‘Bowles’ Mauve almost complete except for one final set of images through a new video showing butterflies feeding on it. I love this plant for its evergreen foliage and clusters of small flowers up its stems and its movement and colour blowing in the breeze. It greats me at my front door when I leave and come home and if I were to do another series of plants to take to my desert island Erysimum ‘Bowles’ Mauve would be top of the list 😀

What would your ‘Plant of the Centenary’ be? Head over to Veg Plotting to join in 🙂

15 thoughts on “My Plant of the Centenary”