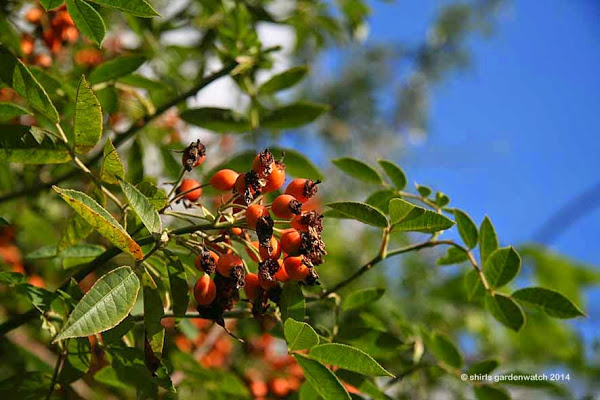 Weather folklore and the images below taken at the Royal Botanical Garden Edinburgh back in mid-October might suggest it just might be!

“When berries are many in October, beware a hard winter”

Myth or not, could nature really be providing more food for birds to survive a harsh winter? What about the birds themselves – do they recognise this bountiful crop of berries as a sign to eat up now and fast? I’m thinking they might do. 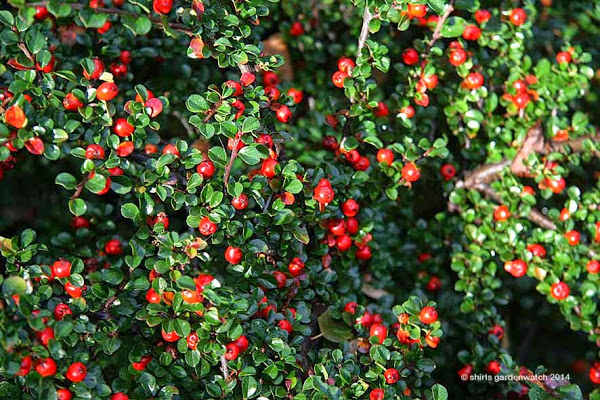 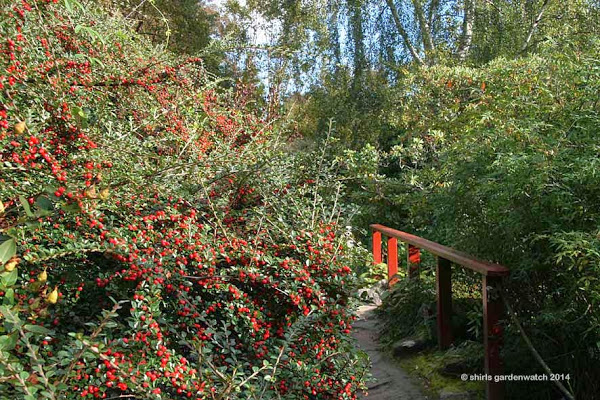 Having seen the berries on my small Cotoneaster ‘Hybridus Pendulus’ tree being left too long on less harsh winters makes me think that the birds knew there was no hurry to eat them. Unfortunately the cold wasted the fruit these years.

Watching the birds in my garden over the last eight years has certainly shown me that bird species do pay attention to the feeding areas of the other birds in the garden. They appear to follow each other out of curiosity at the start but quickly learn new food sources. 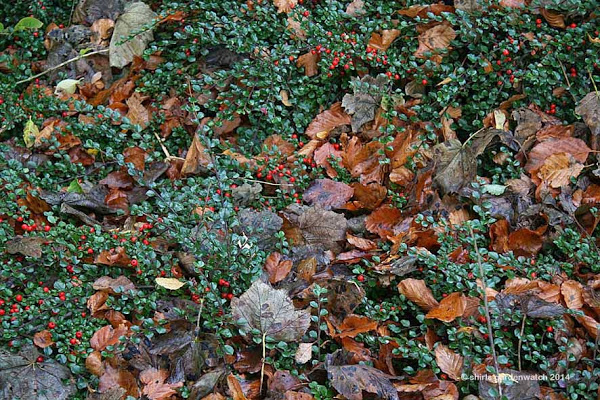 Here’s a thought then, in bumper berry years do a wider variety of bird species recognise this extra food source nature has provided? Do the smaller birds, the seed feeders, notice there is more feeding on berries and see that as a signal to feed up more often? Again, I’m thinking they might. 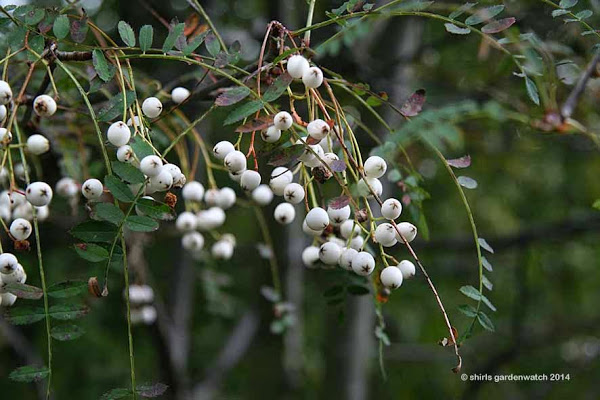 For sure, birds appreciate high energy foods like fat cakes, fat balls, peanuts and sunflower hearts during cold days. The bustle of activity at the fat cakes and balls especially tell me that!

The harsh reality of a harsh winter is that birds don’t survive the night if they don’t feed enough during the day – sadly they perish. I might wonder if the birds know the fat cakes and fat balls are so valuable to their survival. Do they watch the clever species of birds and follow their lead? Have they learnt which species to gardenwatch? 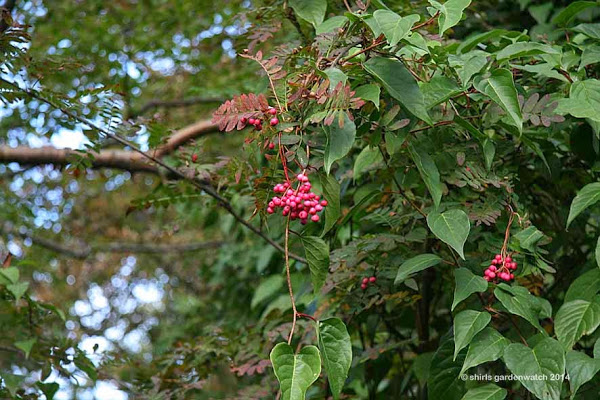 There is certainly an abundance of weather folklore results on an internet search on the suggestion that an abundance of berries relate to a harsh winter. However, no stats or pie charts were to be found – perhaps Chris Packham will produce one on Springwatch next year 😉 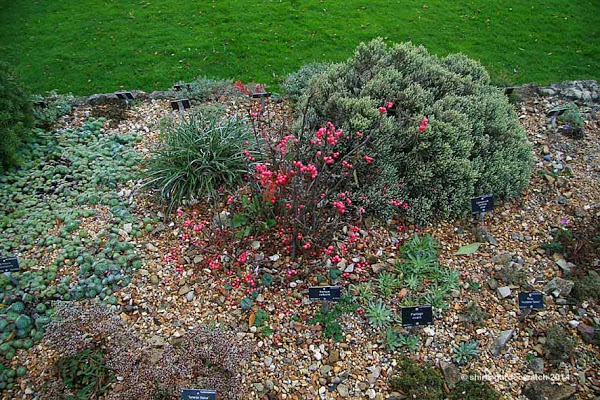 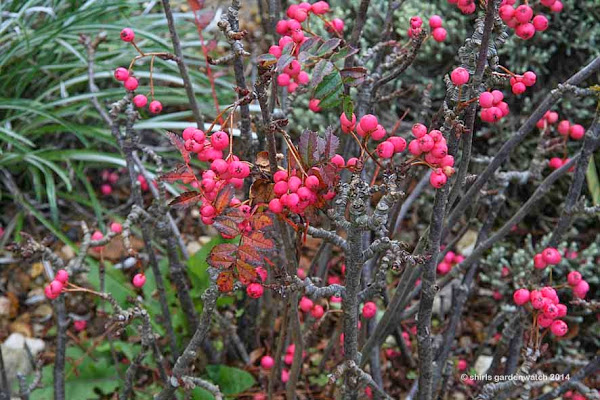 Many articles can be found on Waxwings feasting on berries here in the UK when Scandinavia has had a shortage. These special visitors have caused quite a media stir in recent years.

Twitter users tweet sightings under the hashtag #waxwings and @WaxwingsUK track and notify all Waxwing sightings in the UK. I’ll be keeping an eye on twitter and will be gardenwatching the mature tree seen from my window where they have been spotted in previous years. My last sighting was in November 2010 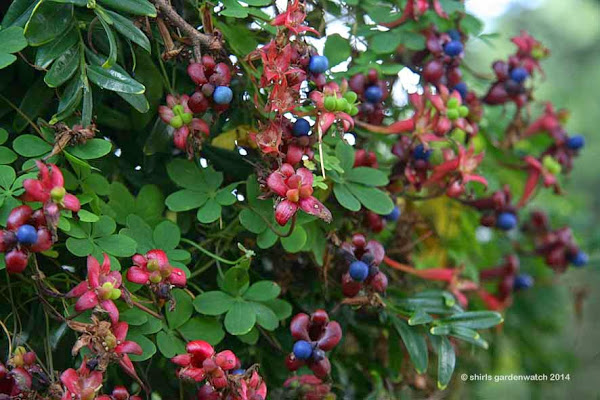 Brrr… as we move into the month of December tomorrow, the weather forecast tonight suggests our temps will be dropping a bit. Ha-ha… living here in Scotland that isn’t making me rush around trying to find hat, scarf and gloves – yet 😉

In view of a possible harsh winter I have been stocking up on high energy foods for my garden visitors. Berries or not, I’m ready. I’m also working on a potting shed experiment for storing the food which I’ll come back to another day 😉 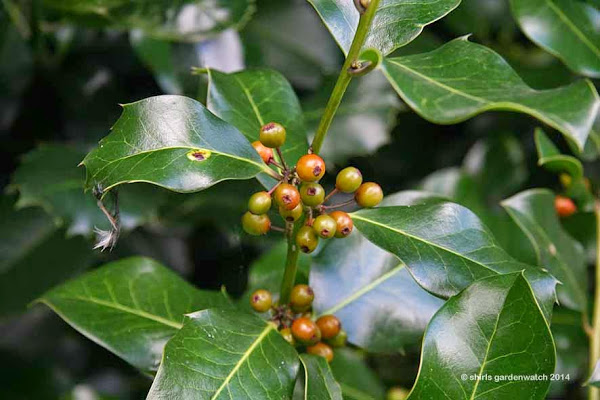 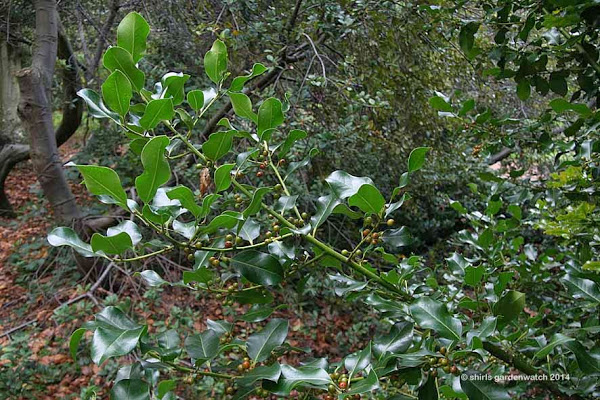 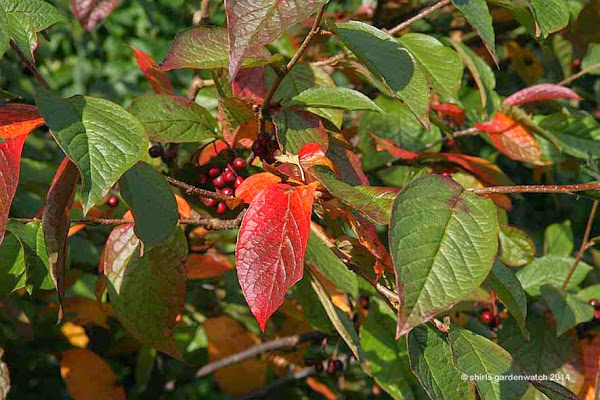 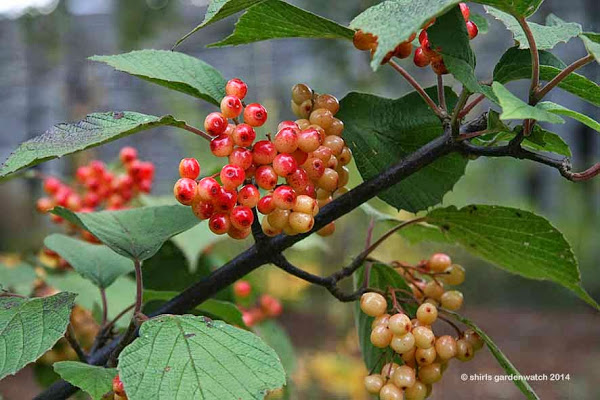 Well… brrrrr! I’ve just popped out in car to collect daughter from bus stop to find back car window frosted and the car temp reading 3 deg C! Ha-ha… I went out without a coat on and didn’t feel cold until I saw the little warning crystals come up on the temperature display – the power of suggestion 😉

6 thoughts on “A harsh winter ahead?”