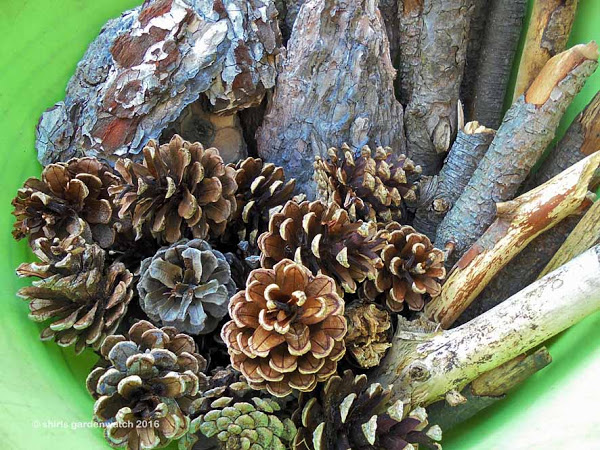 Overdue for some time is the furnishings for a modest bug hotel built in to the wall of the raised bed above the wildlife pond. It made sense to me to build one near the pond. Why I’ve taken so long to finish this is anyone’s guess.

Today saw furnishing material gathered on a family favourite beech and woodland walk at Tentsmuir Forest/Kinshaldy Beach near St Andrews. Sadly, for safety reasons, a number of very tall pine trees in the car park had to be felled due to wind damage earlier this year. The area has been dramatically transformed and is taking some getting used to that’s for sure.

There still many trees in Tentsmuir forest so habitat loss to wildlife shouldn’t be as bad as the shade loss to parked cars of families, dog walkers and cyclists visiting this very popular area. Collecting cones, twigs and bits of bark from the felled pine trees feels like bringing home family memories. Giving new wildlife in my garden a home with this material seems a great way to complete that 🙂

More than enough furnishing material for a modest bug hotel. 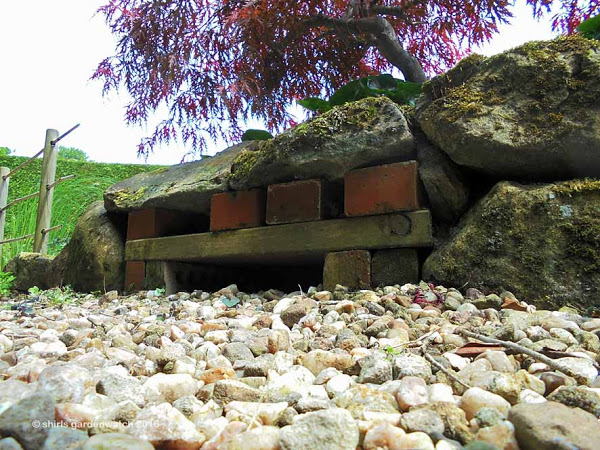 The part build of the modest bug hotel in need of completion.

Now it’s a case of getting creative with a modest space – a job for tomorrow maybe? I would also like to do a Sunday morning bird count as it’s been a while since I’ve done one. There should be plenty birds to count just now but we all know what happens when a bird count starts – the birds hide! The ones below were caught by the camera today 🙂 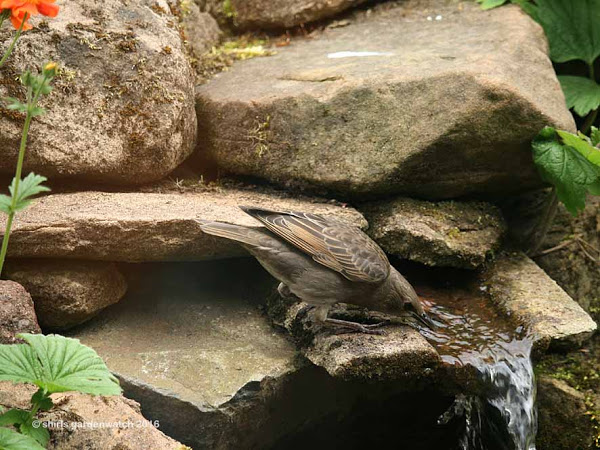 As mentioned on Day 2, the Starling juveniles found the running water. 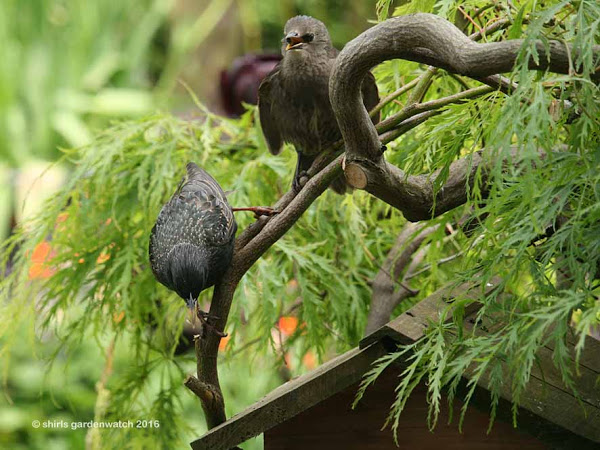 As mentioned on Day 3, the Starling parents got distracted by the fat cake. 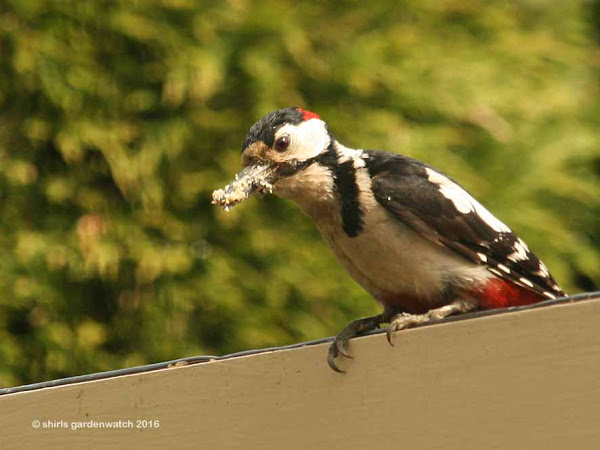 The Great Spotted Woodpecker mentioned on Day 3, came back for fat cake.
I’m guessing he’s feeding chicks too. He is handsome isn’t he?