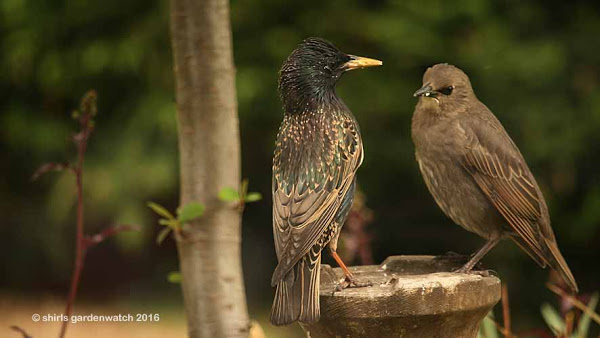 Sunday morning bird counts, I have always enjoyed. Today was a good one in that it reflected the various stages of garden wildlife just now. The numbers aren’t particularly high and not all currently visiting species turned up either – but I didn’t expect them too.

During a one hour bird count, 10:50-11:50, the species count was just seven. Given the lush new foliage in the borders and flowers on tall stems there could have easily been more – I just couldn’t see the ground clearly.

No surprises that Starlings turned up – this was a very brief quiet moment.
Later in the day the small waterfall attracted 6x juvs at the same time! 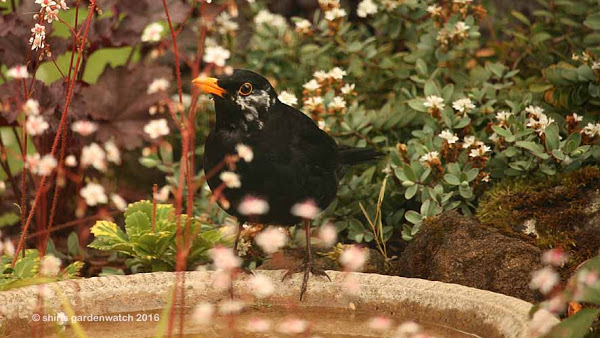 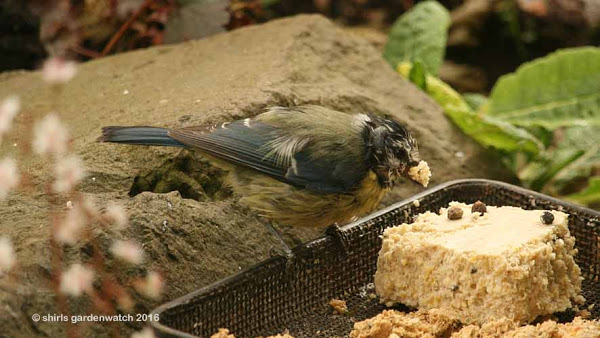 I felt sorry for the bedraggled looking Blue tit parent – it looked worn out.
Delighted to save it some time with some fat cake for its nest of chicks too. 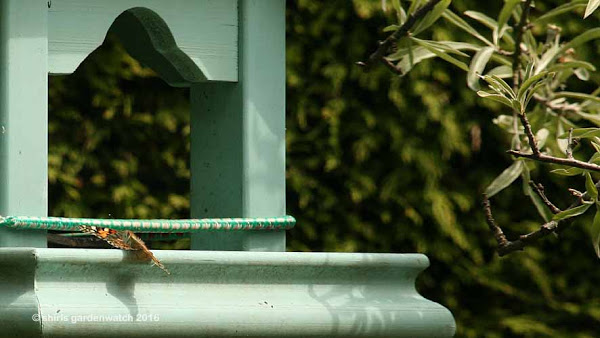 A surprise visitor at the bird table came 2 minutes before count ended.
A Painted Lady butterfly perched on the sunny ledge – early for seeing it!