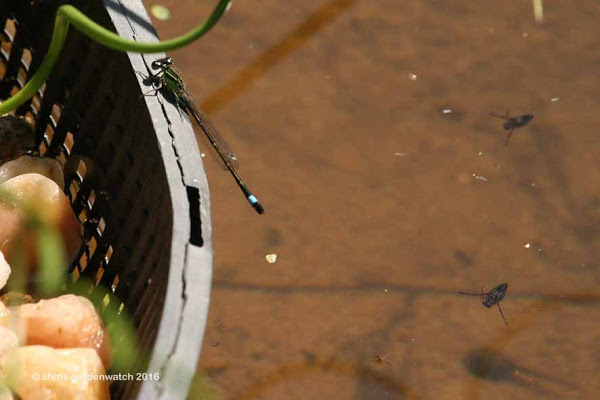 Warm sunshine brought us out into the garden to catch up on a few jobs today. It also had us by the wildlife pond edge looking closely for our tadpoles as few were being seen. A quick movement along the stems of the corkscrew rush caught our attention and it was a quick dash for the camera when we spotted a damselfly with a bit of blue on it.

By the time I returned, the damselfly had landed on the pond basket edge. Taking a closer look through the camera lens I could see this wasn’t one I had seen before – it wasn’t the Common Blue Damselfly . After taking a few photos I returned indoors for my reference book and discovered we were looking at a Blue-tailed Damselfly – a garden first 🙂

Expecting a second Damselfly to come along soon I waited around. I watched, took photos and watched some more. No mating wheel was seen with this damselfly. The pretty white flower of the water of the water crowfoot caught my eye, a hoverfly landed on one of the Bergenia leaves at my feet allowing me to get a close-up photo. 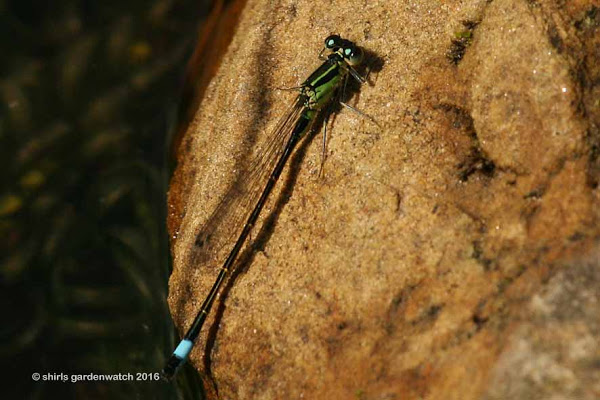 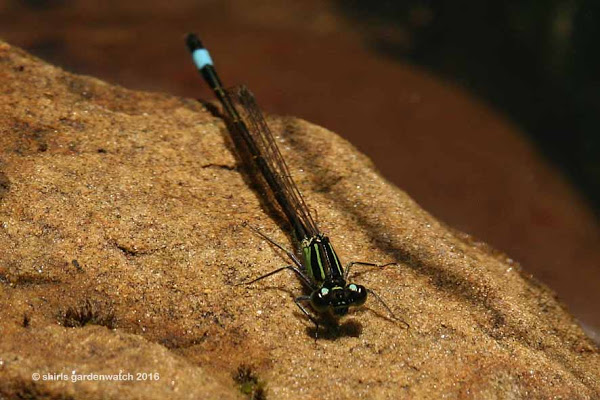 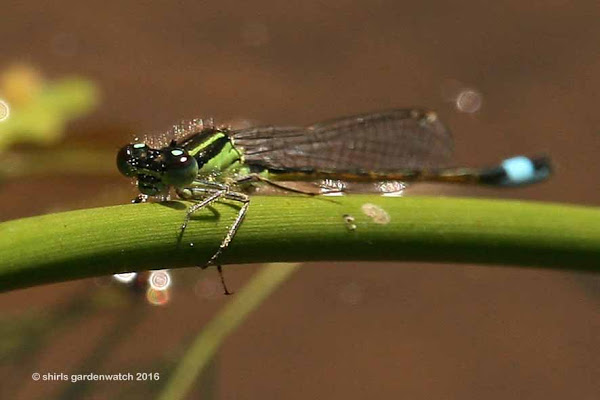 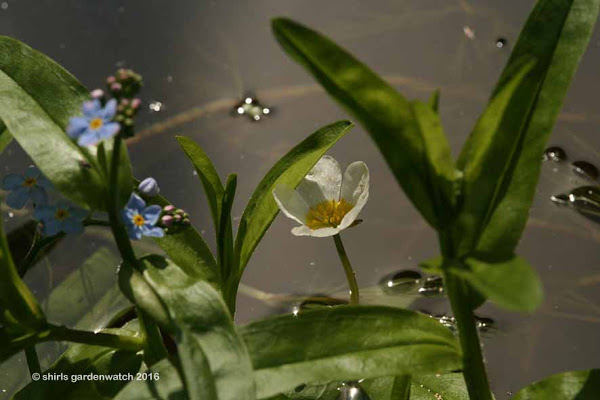 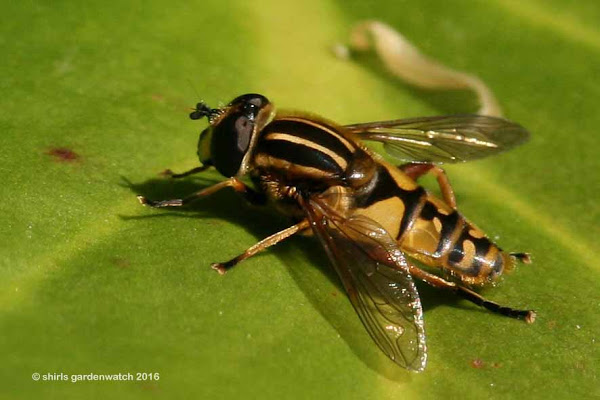 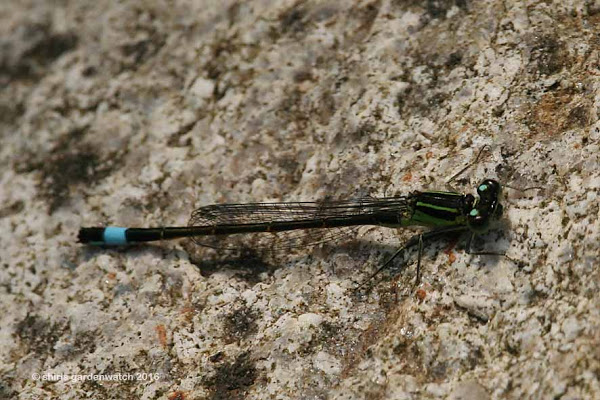 Leaving the Damselfly, all alone, on a pond edge rock that was out of the sun, I returned to gardening jobs. I was lifting a large clump of tulip bulbs and planting up the space with new plants. Much weeding was required during this process and there was the inevitable moving of plants over from other areas. It’s how I garden 🙂

I returned to the pond a few times and the damselfly was still alone on the same rock. If it had been here earlier in the day we wouldn’t have spotted it at all. It really does go to show that even if we don’t see it, wildlife is all around in our gardens – especially if there is water.